Jesus Christ (Christianity) once underwent a miracle called The Transfiguration in the high mountains, which legends say transformed him into a radiant embodiment of God's glory.

Users can ascends through transformation, undergoing a change of being completely remaking/modifying their personal existence into a far more powerful and ascending/transcending state completely enhancing themselves into a far more superior version of self, possibly achieving an almighty ascension making them virtually omnipotent. 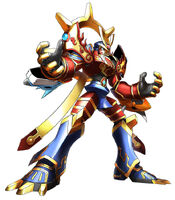 Susanoomon (Digimon) is the fusion transformation of the digidestined and the spirits making him a divine and godly powerful Digimon. 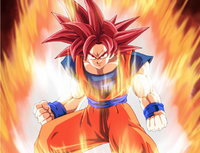 Madoka (Puella Magi Madoka Magika) became an Transcendent Hope Embodiment with enough power to rewrite the laws of the universe Itself.

Alan Scott (DC Comics) became a physical manifestation of the energies of the Starheart, held under control by his own will.
Community content is available under CC-BY-SA unless otherwise noted.