The power to grant others shapeshifting/transformation abilities. Variation of Power Bestowal.

The Escafil device (Animorphs) bestows other beings with the power to shapeshift into any animal via DNA Absorption.

The Omnitrix (Ben 10 series) grants whoever wields it the power to transform into various aliens.

The various incarnations of the Digivice (Digimon) are primarily used to enable the possessor's Digimon partner to digivolve. 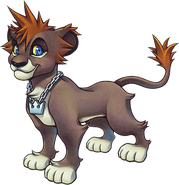 ...and turning him into a lion when he visits the Pride Lands.

Maui's (Moana) fish hook grants him the power to shapeshift.

Qrow Branwen (RWBY) was granted the power to transform into a bird by Professor Ozpin... 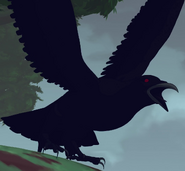 ...as was his sister Raven.

When brought together, the seven Chaos Emeralds (Sonic the Hedgehog series) grant characters such as Sonic a powerful super transformation.

Ra (Vampirella) granted his former high priestess Pantha the ability to transform into a panther.
Add a photo to this gallery
Retrieved from "https://powerlisting.fandom.com/wiki/Transformation_Bestowal?oldid=1509054"
Community content is available under CC-BY-SA unless otherwise noted.