The Gemino Curse (Harry Potter) is used by Gringott's employees to enchant the contents of treasure vaults.

The power to manipulate treasure. Variation of Object Manipulation.

User can create, shape and manipulate treasure, a quantity of precious metals, gems, or other valuable objects of any sizes and material.

The Hunter's Stone (Ducktales 2017) was used to transform Scrooge McDuck's riches into a money shark. 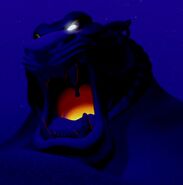 Urcaguary (Valkyrie Crusade) the goddess of the Celestial Treasure.
Add a photo to this gallery
Retrieved from "https://powerlisting.fandom.com/wiki/Treasure_Manipulation?oldid=1363376"
Community content is available under CC-BY-SA unless otherwise noted.