"Once you hit cryogenic temperatures, You enter a world of stillness...There is nothing that can move in the cryogenic world, I can freeze anything in the universe! That's what makes my WHITE ALBUM so perfect!! Even the roaring trains, Even the raging seas will come to a grinding halt at my command!! NONE CAN DEFY MY WHIMS!!!"
― Ghiaccio (JoJo's Bizarre Adventure Part V Vento Aureo)

The user can freeze anything, from tangible targets, to intangible energy such as fire, or concepts such as time, even a person's mind. They can drop the temperature to absolute zero, which is impossible by natural means, causing quantum effects; due to freezing at such otherwise impossible levels, breakdowns at atomic levels and superconductivity occur. 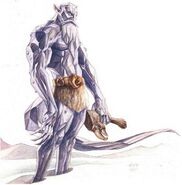 ... Mahapadma freezes time and space. It's taxing nature allows her to do it only once a day. 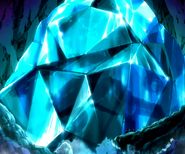 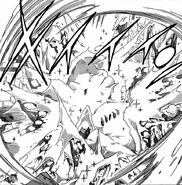