The ability to be intangible and tangible simultaneously. Ultimate form of Intangibility. 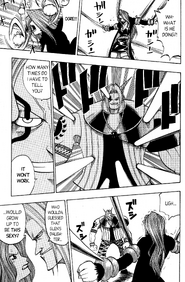 Ogre (Rave Master) is completely intangible to all attacks while at the same time being able to attack others thanks to his power Last Physics. 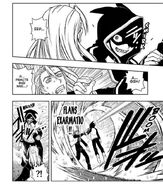 Tyki Mikk (D. Grey Man) can freely choose whatever he does or doesn't wish to touch as long as it originated on his world.
Add a photo to this gallery
Retrieved from "https://powerlisting.fandom.com/wiki/Ultimate_Intangibility?oldid=806166"
Community content is available under CC-BY-SA unless otherwise noted.