Teleport via shadows.
The power to teleport via the shadows and darkness. Technique of Darkness Manipulation. Variation of Elemental Teleportation. Opposite to Photoportation. Not to be confused with Shadow Swimming. 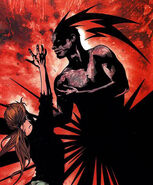 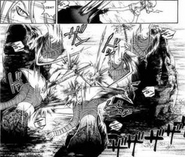 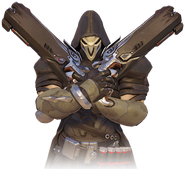 With Shadow Exchange, Sung Jin-Woo (Solo Leveling) can switch positions with anyone of his previously summoned Shadow Soldiers...

...while crossing through shadows.

Umarak (Bionicle) was equipped with the Mask of Shadows, giving him several shadow-based abilities. One of these was to sneak into the shadows, which he used to both travel around Okoto and sneak up on his enemies.
Add a photo to this gallery
Retrieved from "https://powerlisting.fandom.com/wiki/Darkness_Teleportation?oldid=1546103"
Community content is available under CC-BY-SA unless otherwise noted.