A closed door can lead anywhere.

"Believed or not, some things must simply be accepted."
― The Warden (Dragon Age)

"What if everything that you see is more than what you see? The person next to you is a warrior and the space that appears empty is a door to another world? What if something appears that shouldn't? You either dismiss it or accept that there is more to the world than you think. Perhaps it is really a doorway, and if you choose to go inside, you'll find many unexpected things."
― Shigeru Miyamoto

The power to manipulate uncertainty. Opposite to Perspective Manipulation and Certainty Manipulation.

User can manipulate the uncertain/unknown, manipulating everything that lies beyond their perception or understanding. In short, what cannot be perceived or the understandable at a given moment can be anything they choose. 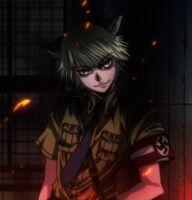 Schrodinger's (Hellsing Ultimate) uncertain state of existence allows him to nullify any damage or condition, and exist anywhere at will.

Rogue The Vengeful (Valkyrie Crusade) has the power of the unknown. 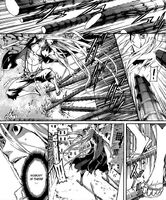 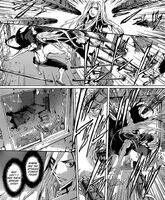 No enemy to fight. 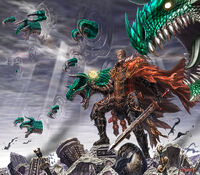 Army from nowhere.
Community content is available under CC-BY-SA unless otherwise noted.
Advertisement