Have the traits of an undead machine.

"Agh! Why does robot hold dead people? Is that future or past?"
― Charles Yamamoto (Family Guy)

User of this power either is or can become an undead machine, a corpse that is dead, but still animated, and has cybernetic components added on them. Thanks to being undead as well, they have a lot of immunities and probably lost some of their physical weaknesses. Usually, the user is created into this form by being dead, and reanimated by special terms, specifically technology.

The Cyborg of Earth 43 (DC Comics) was turned into a vampire by Batman alongside the rest of the Justice League.

After being subjected to regenerative nanotechnology, the undead serial killer Jason Voorhees (Friday the 13th) was reborn as the cybernetic Uber-Jason. 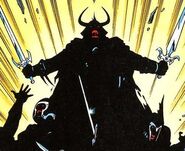 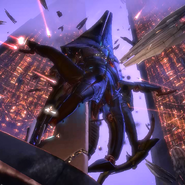 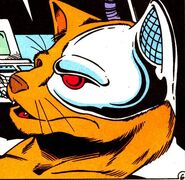 Verminator X (Teenage Mutant Ninja Turtles Adventures) is a Thanasoid, a special kind of cyborg created by implanting cybernetics into dead bodies.
Add a photo to this gallery
Retrieved from "https://powerlisting.fandom.com/wiki/Undead_Machine_Physiology?oldid=1332285"
Community content is available under CC-BY-SA unless otherwise noted.