Hades/Pluto (Greco Roman Mythology) King of the underworld, God of the Dead and Riches

Hold dominion in the Underworld

The power to hold dominion in the underworld, the subterranean Afterlife. Variation of Afterlife Lordship. Not to be confused with Hell Lordship.

The user has authority and duty in the Underworld, a place where the souls of the all recently departed go, an Afterlife or Realm of the Dead located below the realm of the living. Exact conditions of the dead vary depending of the pantheon, but every soul comes there and while some may be punished and others rewarded, for the most the Underworld is a place of waiting and either rest or boredom.

Baron Samedi (Vodou Mythology) is the Loa of the underworld. He protects his followers from returning as zombies after death.

Papa Legba (American Horror Story: Coven) is the ruler of the many Hells the coven encounters 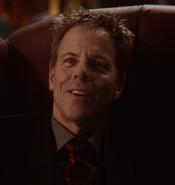 Hades (Once Upon a Time) was ruler of the Underworld, a limbo-like afterlife where those with unfinished business dwelled...

...a title passed onto King Arthur. 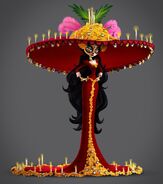 La Muerte (The Book of Life), Ruler of the Land of the Remembered.

Xibalba (The Book of Life), Ruler of the Land of the Forgotten.

Hades (Hercules), Lord of the Dead and Ruler of the Underworld

Tom (Star vs. the Forces of Evil), Prince of the Underworld.

Death (Adventure Time), ruler of the Land of the Dead.

Hunson Abadeer (Adventure Time), ruler of the Nightosphere.
Add a photo to this gallery
Retrieved from "https://powerlisting.fandom.com/wiki/Underworld_Lordship?oldid=1244243"
Community content is available under CC-BY-SA unless otherwise noted.