"Look around you at the gifts of God, the clear sky, the pure air, the tender grass, the birds; nature is beautiful and sinless, and we, only we, are godless and foolish, and we don't understand that life is a paradise, for we have only to understand that and it will at once be fulfilled in all its beauty, we shall embrace each other and weep."
― Fyodor Dostoevsky

"Subject landed in a place he could only describe as "impossibly beautiful". Subject stated that it was "like the best parts of every place all put together."
― SCP-507 describing the utopian reality he been transported to (SCP Foundation)

The power to create a happy universe. Sub-power Utopia Lordship and Meta Probability Manipulation. Technique of Utopia Manipulation. Combination of Universe Creation and Meta Luck. Opposite to Universal Dystopia Creation.

User can create a unique kind of universe, a benevolent universe where all probabilities constantly adjust towards the optimal happiness of all living things. Every life is cared for, free of all suffering, brought into existence with its own purpose and destiny, and ideally fitted to the task. All lives and destinies are intertwined in harmony like an universal epic, and all are united by the daily experience of the universe's wonders and a complete lack of fear regarding their own mortality, everything they were forever engraved in the universe's memory as they return to it, and living on through the following generations. 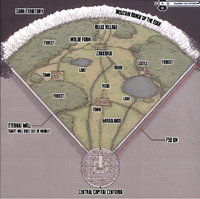 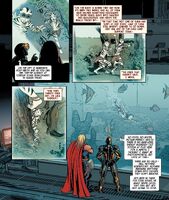 Children of the Sun (Marvel Comics) are species without need, enjoying life for its own sake.
Community content is available under CC-BY-SA unless otherwise noted.
Advertisement