The Black Vortex (Marvel Comics) can greatly enhance all pre-existing capabilities via the Power Cosmic.

" The Vortex elevates you to a cosmic entity. But there is no accounting for what it does to your heart."
― Gara (Marvel Comics)

"This is essentially an empty slot, and what this tells us is that our mind, our entire DNA in fact, is destined to be upgraded."
― Aldrich Killian (Iron Man 3)

The power to upgrade properties and abilities. Sub-power of Augmentation, Variable Manipulation, Evolution and Remaking/Customization. Opposite to Downgrading.

The user is able to upgrade both entities and objects by significantly increasing their traits and capabilities in a permanent way, be it their physical, mental or spiritual properties, their supernatural abilities both in raw power and mastery, any skill they may already possess, or all of the above either immediately via the unlocking of superior forms or gradually through the enhancement of their latent potential.

Upgrade (Ben 10 series) truly lives up to his name. 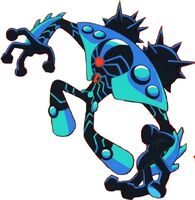 Nicolai Technus (Danny Phantom) can upgrade his own body...

...or upgrade any form of technology, he was able to upgrade Valerie's ghost hunting suit into a new, more powerful armor equipped with more advanced weapons.

Johnson, Jackson and Thompson (The Matrix Reloaded) have all been upgraded by the Machines, making them strong enough to briefly combat Neo.

After Henry McCoy/Beast (Marvel Comics) submitted to the power of the Black Vortex its cosmic energies infused into him, augmenting both his genius intellect and mutant capabilities, boosting his already impressive power set and understanding of the universe to new heights.

After Gamora (Marvel Comics) was exposed to the power of the Black Vortex, cosmic potential was unleashed, vastly improving on all of her previous abilities and bestowing additional ones such flight and fabricating weapons out of cosmic energy.

As result of being under the cosmic power of the Black Vortex, Warren Worthington III/Angel (Marvel Comics) gained new and incredible abilities including new cosmic wings that allow him to fly faster than light.

After exposure to the power of the Black Vortex, Katherine Pryde/Shadowcat (Marvel Comics) became able to phase through different planes of existence and ascend to a cosmic plane.

After utilizing the power of the Black Vortex, Ronan the Accuser (Marvel Comics) became cosmically infused with its power, gaining new enhancements and abilities including the ability to trap people within micro-realities that take shape based on its victim's deepest feelings of guilt.

After exposure to the power of the Black Vortex, Scott Summer/Cyclops, Robert Drake/Iceman, and Groot (Marvel) all had their cosmic potential unleashed, vastly improving on all of his previous abilities and bestowing additional ones. 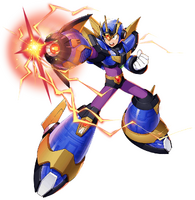 ...such X's Ultimate Armor which reduces any damage taken by half, allows X to fire the powerful Plasma Charge Shot, air dash and hover in midair, fire endless uncharged special weapons, and use his incredibly powerful Nova Strike for an unlimited amount of time... 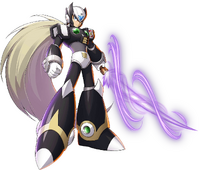 ...and Zero's Black Zero enhancement which reduces any damage taken by half, allows Zero to destroy projectile with his upgrad Z-Saber, and increases his attack power.

After coming in contact the backbone of the Crystal, Kazuma (s-CRY-ed) acquired the power of The Light/Other Side, transforming his Shell Bullet into the Shell Bullet Ultimate. 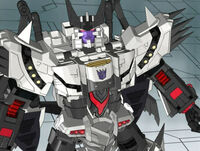 After using the power of the Armor of Unicron to infuse himself with the power of Gigantion's Cyber Planet Key, Megatron (Transformers: Cybertron) upgraded into Galvatron, acquiring far greater strength and electrical abilities, raw power,the power to absorb energy, and the power to form his energy into a destructive sword. 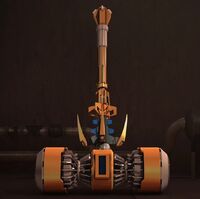 The Forge of Solis Prime (Transformers Prime) is a powerful relic of the Primes, design to create anything from any material, even capable upgrading anything to any level by its users thoughts and will... 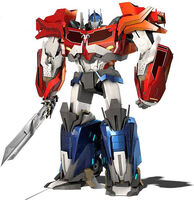 ...Optimus Prime 2.0 was restored and upgraded by The Forge of Solis Prime, granting him new strengths, weapons and abilities that most autobots wouldn’t have making him twice as more powerful then ever before.
Add a photo to this gallery
Retrieved from "https://powerlisting.fandom.com/wiki/Upgrading?oldid=1691223"
Community content is available under CC-BY-SA unless otherwise noted.