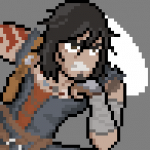 197 Edits since joining this wiki
April 6, 2011
0 Discussion posts
Captain Question is the main protagonist of a comic I'm drawing,so I chose to steal his name for my username.

I will be correcting random pages to get rid of as many grammatical errors and such as possible.

An otherwise ordinary (though somewhat geeky) young man,Captain Question gained superpowers beyond belief when his bonkers biology teacher messed up an experiment.

Now if only he knew what these superpowers were...

Captain Question is stuck in a team with three other social misfits:a bully producing toxic gas,aptly named Fred Fart by everyone,Booze Boy,the drunk wonder,who also has no apparent superpowers as of yet,and the oft-forgotten MiniBrecht(Brecht is his name,it's a Belgian name),who is irked by his hugely uncool team members.He possesses the power of elasticity.﻿

Retrieved from "https://powerlisting.fandom.com/wiki/User:Captain_Question?oldid=26517"
Community content is available under CC-BY-SA unless otherwise noted.