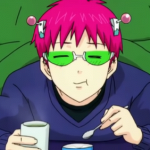 "Some things are just interesting to perceive yet so far..."

I am The Echo Master, the master of all forces that exists and don't exists simultaneously and love to contribute if i have the time for it.

I'm mostly contributing to powers that are psychic/mental related so you'll find me there most of the time or the popular pages (omnipotent powers). Also thinking of ideas for potential superpowers but ehh 😊. That depends on the concept on the power and locating a user for it.

My Top Favorite Powers (In Process)

If you need help with making pages better or any questions you have, you can come ask me. Or on discord if you like talk there.

Retrieved from "https://powerlisting.fandom.com/wiki/User:EchoMaster123?oldid=1545914"
Community content is available under CC-BY-SA unless otherwise noted.