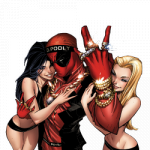 Freyr, The Lord of Change

Things I Want To Learn

To Draw, To Play Piano/Cello/Flute/Guitar/Drums, Martial Arts, Parkour, and much more to name.

My real name is not Freyr, but it is what I prefer to be called. I am always open to constructive critisizm, suggestions, or anything else you would have to share with me.

I am glad to see a major overhaul since my last visit long ago. I plan to keep editing and growing in usefulness and skill. I am happy to be doing something useful and learning while doing it.

Knowledge is not a privaledge. It is a responsability. That is the way I see it and the way I believe that the world should see it. Real understanding will never be given to you. It must be sought out.

Wiki's are the virtual repositories of information all with the same goal. To collect as much information as possible and share it with all who want to return. I think as an editor of wiki's I have taken the responsability of knowledge onto myself. I now think that it is my duty to make sure that any information that is posted here is correct, diffined, and easily understood. I will do my best in this mission to help intellectually enlighten all who seek to learn.

"Can you send me forward to the time when I was mowing my lawn and my next door neighbor, Mrs. Nowicki, asked if I could rub lotion on her back and I ran and locked myself in the Bathroom? I'd really like a do-over on that one, please." --Deadpool

"Are you talking to yourself or do you see little yellow boxes too?" --Deadpool

"If one advances confidently in the direction of his dreams, and endeavors to live the life which he has imagined, he will meet with a success unexpected in common hours." --Henry David Thoreau

"He's a fool who cannot conceal his wisdom." --Benjamin Franklin

"Any fool can criticize, condemn and complain and most fools do." --Benjamin Franklin

Pages I Have Made

For fun I am posting one of my super powered characters here. For an additional character, that is entered in the superhero competition, go here.

Note: Once I complete his history and description I am going to start a story about him centering around the Marvel Universe (X-Men only). I will post links once I get them up, but it may take a while. =]

Background: Micheal's early years, when it was just him and his mother, seem like a blur, but from what he can remember they were full of happiness. He was raised by Jamie ,his mother and a kind and gentle women, until the day she met Henry. The man who was to become his step-father. He seemed to be a good man at first, however the more time that passed the more he showed his true character.

Around Micheal's 13th birthday Henry began to seriously mistreat Jamie. He talked down to her, frequently calling her stupid, and always demanding more of her than she could give. He can remember those few times that Henry had made her cry. After he had turned sixteen he couldn't take it anymore. He had watched as Henry was yelling at his mother when he finally snapped. He tackled Henry to the ground and started to repeatedly hit hit him until he had felt someone trying to pull him off. When Micheal looked back he saw his mother. He had heard her begging him not to hurt Henry anymore. He didn't know what to think when he heard her defending him; the man that hurt her so much. He stood up, leaving Henry lying on the ground bleeding, and walked away in a confused daze.

It did not take long for Henry's vengeance to take place. He had Micheal sent to a Military school. One that was three states away from where he and his mother had lived. He was to remain there until he had finished his remaining two years. Over the course of a year he had developed quickly in all academic, physical, and social areas. Although he appeared to be an excellent student he also had developed a mischievous and dangerous side. He would brake curfew when ever he could sneaking out to have fun or sneaking around.

Shortly after his seventeenth birthday he received a letter that had forever changed his life. Micheal's mother had been killed. She had been going home when a drunk driver had crashed head on into her car. Micheal did not know how to handle this information and had a severe emotional breakdown. He had shut himself away from the world. His grades dropped and his friends had given up on him.

After a long time of coping with his death of his mother; he finally came to a decision. He was going to join the military so that he wouldn't have to see that man again. After his eighteenth birthday he enlisted. He progressed quickly and became rather famous for his full arsenal of skills. Shortly after his completion of boot camp he was invited to be on a special team. This teams goal was centered around scouting and special enemy officer elimination missions. Micheal has found a home on this team and has been a part of it for the past three years. They are currently in the Amazon rainforest in Brazil on a top secret mission.

Retrieved from "https://powerlisting.fandom.com/wiki/User:Freyr,_Lord_of_Change?oldid=1423106"
Community content is available under CC-BY-SA unless otherwise noted.