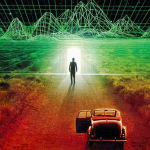 The user is an avid reader of comic books and ancient literature. A horrendously amateur philosopher, and would-be scientist, he is particularly interested in the theoretical aspects of power. The user bemoans the direction non-soundtrack music has taken in the previous century in the West, and prefers classical or orchestrated music, holding that words ought at least be in a classical language like Latin or Sanskrit. The user has vowed that in the event he ever obtains one of his favorite powers (see above) he will use it to eradicate pop music (especially the English, Japanese, and Korean varieties). When not spending too much time brooding over the implications of superpowers, he constructs plot-hole ridden stories and recycles tropes to create characters. He has a curious habit of speaking about himself in the third person on occasions where he must speak about himself.

Retrieved from "https://powerlisting.fandom.com/wiki/User:H%C3%AEr_Balan?oldid=961919"
Community content is available under CC-BY-SA unless otherwise noted.