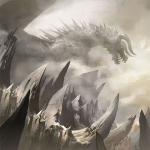 My name is It. I'm a monster created from strands of dna of other monsters. I do have a human form, but I tend not to use it as it makes me feel weak.

My Weaknesses and Limitations

Retrieved from "https://powerlisting.fandom.com/wiki/User:TheBeastCalledIt?oldid=709907"
Community content is available under CC-BY-SA unless otherwise noted.