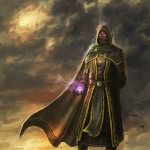 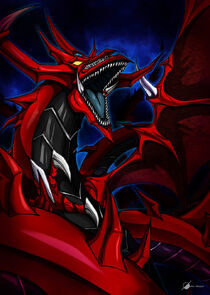 A Grandmaster of magic

After all this time i've finally found a potential spell that, with the necessary components, is the metaphorical key to my struggles. Enough power to change the fabric of understanding.

"Aww yes! this can work. All i need is some of this and that im golden."

Simple enough, but as always there's one ingredient that takes work or in this case location. Some place called creation landing is where i'll get the highest results with the utmost accuracy. Tch! I've never heard of it so i have no idea where it is.

"Great looks like i have to do some research, just great. Ahh well, i'll just take some time to ponder the path of least resistance. Got it!"

"Looks like i've found the entrance, let's hope this place is as good as i expect."

Coming up on a wall adorned with the most magical and cryptic symbols i've ever seen. The floor starts to glow with a wavy distortion and upon further inspection, reveals dimensions and timelines of various natures; realizing i could fall into one them i start mage-walking. As i venture further in, the ceiling lights up in a universal aurora; the energy coming from this was so powerful i had to shield myself. I begin to speed up as my shield won't last under this amount of pressure, now pretty deep inside i begin to wonder if this hallway will ever end. The aurora pressure is getting intense. Suddenly everything changes colors, and the wall to my left is now active with a much brighter intensity than the others.

"Judging from the amount of time not passing, i'd say this whole thing is a time trap. I'm still at the entrance which means i know just what to do."

Gaining my bearings i revert to my original self and teleport away from the entrance. Accounting for the puzzle inside i surmise this must be the place and begin my true attempt at the Grand Designers & Grand Creators architectural masterpiece. Let the fun begin...

Retrieved from "https://powerlisting.fandom.com/wiki/User:Wyz%27Ard_Arogoa?oldid=1417318"
Community content is available under CC-BY-SA unless otherwise noted.