It is difficult to fully identify a Altorian’s body structure as the form we see isn’t even what they actually appear to be, they are actually multiversal beings existing on a different plane from the physical realm we know, and exist in several realities simultaneously as a method of stabilizing their true body without destabilizing the reality their presence is primarily occupying. As for the form they take for us to see, a avatar for each Altorian is unique in both shape and workings, their biology are astounding for each avatar and it's amazing how they can keep being different from each other. A ability one avatar has most likely will not be in the possession of another, and the same can be said for any weaknesses they may have and excluding the newborns, they can gain pick traits from the planet they take occupation in from the "crystals" with their hosts. Though the forms all share a exactly two similar traits, their mass is greater than our entire universe combined and the bodies can be altered if required. They are a biological pathogen, a computer virus, and a atom at the same time.

Each Altorian has their own agenda and preference, usually differing from each other enough to come into impasse with another, but not serious enough to go into conflict with one another, all preferring to compromise over combat. If there is something that all Altorians commit to however, is the uplifting of species, they give these lesser races seemingly supernatural and magical powers to dabble around with for a while, if all goes well and aren’t destructive, the species will be fully uplifted in soon time, if not, actions taken vary with each Altorian.

The species are cooperative and compromising in nature, willing to sort problems in order and come to diplomacy if required, or give a assisting hand in combat if words are not an option. Never the ones to purposefully start a war without good reason, they are a practitioners of symbiosis, a relationship where both factions gain benefits. While personalities between individuals are known to differ, they are sympathizing and empathetic at best, and logically sound and reasonable at worst. The mind of a Altorian however is, not singluar, it's multiple minds converged into one, a legion of thoughts, acting on consensus, and evergrowing with each planet they come to interact, it cannot be naturally comprehended by a single-minded entity, and it might never will be able to. Regardless, they are kind, and we should treat them the same.

The Altorian technology are astoundingly advanced far transcending normal machinery and if any machines do exist, nothing the like of those in science fiction. They are seemingly magical at first glance, warping space-time and the fabrics of reality on a grand scale at a mere gesture, even the full resurrection of the dead are at their fingertips alongside that , they solved the heat death of our universe. What their tech is capable of is amazing FTL travel to the point, one can travel to the other side of the universe within 1 Earth week and methods of alter galaxies without harm to any inhabitants within said galaxy. Of course, a species this advanced isn't without methods of offense. The avatar themselves are both a form and a weapon, a average avtar is capable of collasping a universe if fully unrestrained, but that is quiet unfair as we are talking about multiversal gods, as for their actual weapons, they are powerful and capable of metaphysical feats as much as they are normal. Attacks to the souls and ontological assualts are common practice in any conflict a Altorian may come across, their technology sneers at "normal rules".

The method they distribute power to lesser races is through “crystals” so the term speaks, these symbiotic beings latch on to a subject’s mind and “soul”, for the lack of a better term and in of themselves sentient. The powers given are somewhat restrained to prevent chaos around the host planet, but they are still beyond imagining and the user si still capable of many feats. They always encourage cooperation strongly, yet subtly to the host, especially to others with “crystals”. The best comparison for these sentient symbiotes are a loyal puppy or dog that cares for it’s owner. When grown enough they detach from the host (or merge with them if the host prefers) a new Altorian is "born" and is usually taken under the care of a senior, the newborn also takes traits from the host, mostly physiological, but psychological is also possible, though dampened to unnoticable levels. They can change to another host after until a certain limit is reached, from then they have to pick traits on their own from the crystals they spawned.

A originally unforgiving planet that is now a thriving world, Tailte Airde is the Altorian’s home planet. It is several times larger than our own sun and their own star much more so in size, yet with gravity dampeners and other tweaks, smaller species are also able walk among the their avatars and see the planet surface, with specific adjustments of course. Tailte Airde is a hub of information and technology of nearly all Altorian associated, their history, progress, it is also one of several planets that hold gateways to other worlds and planes for those that are adventurous. A planet of wonders and miracles, some even call it a mortal heaven.

Tailte Airde was an unforgiving world before it’s major terraforming and change, not from the species mind you, but the environment. The sun was harshly bright and hot when shining down on the land and the scape was far below temperatures of an average ice age if it wasn’t. Survival required symbiosis and cooperation, independance and isolative behavior gave way to death. As time progressed, so did the species and evolution. Eventually, they gradually merged and taken traits from one another until giving way to the first Altorian, flawed, but it was willing to improve. It took only estimated 6.3 million years before they came to the unique beings here today, with endless amounts of technological advancements and evolutionary alterations that happened with the process.

Capabilities of the Species:

Place of Sighting:In the cluster of Pleiades

Place of Sighting:Occupying as a guest at [REDACTED] 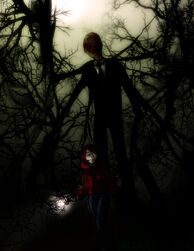 Altorian known as "Security Operator", despite what the implications of the photo may tell, it is acting as a guardian.

A gateway to another world, courtesy to our friendly aliens.
Add a photo to this gallery
Retrieved from "https://powerlisting.fandom.com/wiki/User_blog:A_Living_Person/Species_Sheet_-_Altorian?oldid=1383848"
Community content is available under CC-BY-SA unless otherwise noted.