The best of all worlds.

Transcend and manipulate everything rationally and irrationally, being timeless, beyond dimensions, where science and magic are the same thing.

The user is a being of great incalculable and unimaginable power, capable of mentally redefining reality, existence, concepts, origin and even nothingness, both rationally (computer-like programming) and irrationally (turning fantasies into reality) to an extent infinite.

Capable of transcending everything, the user has transcended limitations, power cannot be limited, blocked or taken away from the user by others.

The rational side allows users to freely customize any aspect of reality, adjusting them on the fly with extreme precision and control. User can thus create, erase and rewrite anything exactly as they see fit.

The irrational side allows the user to warp reality through desires and ideas, bringing anything into existence and the reverse, or remodeling it regardless of the rules of reason. User can then remake reality to their exact imaginations and whims.

The user transcends their existence in absolutely anything and everything, including all dimensions, life/death, beginning/ending, concepts/ideas/principles, creation/destruction, boundaries, context, potential, possibilities/variables, levels of reality, existence/nonexistence, perfection/levels of perfection, embodiments, their personal status, being/non-being, etc.

An infinite amount of information and data can be stored in the user's essence, that is, in his mind, and the user can also access multiple information infinitely at the same time, like an artificial intelligence or a super computer with unlimited processing.

Only one side has dominance at first, but over time and with experience, the user will be able to manipulate everything without limits, combining modes as naturally as breathing, achieving balance and infinite power.

Users of this level cannot fully distort reality, and have control of only one type of manipulation, which type is chosen by the user. (Rational or Irrational) But they are still capable of slight alterations in reality, being the initial version of all those who receive this power.

Users of this level are already closer to a manipulator of reality, being able to alter the laws of physics themselves. They also begin to better dominate the side previously left out by the user.

Users at this level manipulate reality in its entirety, and begin to go beyond just manipulating reality, starting to manipulate other, more abstract things like existence and concepts. The user also already has a good grasp of both types of manipulations, but is not yet able to use them together.

Users of this level are already able to use the duality of their power together, reaching an even greater mastery, but they still do not have complete mastery over them together. Users are already able to reach the beginnings of things, and already have a higher level of things they were able to manipulate before.

Users of this level already have perfect mastery of joint manipulation of both types, can manipulate the origins and all abstract things existing or not, and with extreme naturalness, being the highest level of those who have this power, capable of doing multiple things to the same time, always using the duality of their power together, as natural and automatic as if it were as simple as breathing, so the two complement each other. With users in full control of their power, they can achieve ultimate power.

An example of how the user can use their powers. Type 1.

An example of how the user can use their powers. Type 2.

An example of how the user can use their powers. Type 3.

An example of how the user can use their powers. Type 4. 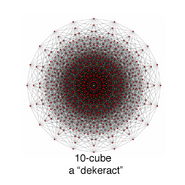 User physiology that goes beyond everything.