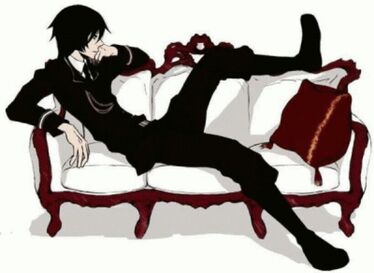 (Forgive me it's my first time posting)

Abilities: Due to his summoning abilities Victor has never had to lift a finger so he is less physically fit than most non-Jewels but he makes up for this with a shrewd cunning and developed tactical insight.(Tactical Analysis). Also due to an Artificial Mana Implants and the skin cells of an Amicus fused with his right arm he know possesses as much mana as a A-Rank Jewel.1

Equipment: Victor sports a relatively clean white t-shirt and denim jeans with a blue jacket. He also in emergencies carries a 9th Squadron trainee stun baton (which he knicked)

Background: Victor was born in Destiny City's third city where the days were hot and sands blew. His parents first realised he was a jewel when Victor's favourite anime character's started appearing around the house which obviously caused them to panic. At age 14 he was sent to Trinity Academy as his powers were highly dangerous and well... odd. Within five minutes of setting foot in the school he knew something was up, He started asking questions which the Darenji didn't like so when the day was over they took him in the dead of night, nullified his powers and locked him in a lab. Over 4 years he was tested on in an attempt to replicate his powers, they used electro therapy and dissection but no avail, each day was a torturous existence. Until one day on his 17th birthday they accidentally managed to boost his powers by implementing artificial mana implants and biological tissue from one of the Amicus Family themself. This allowed him to bypass the nullification and break free killing all his captors and fleeing into the night on a giant eagle.

He has spent the last year using his abilities to to hamper the Syndicate and keep himself afloat. Until one day one of his summoned ravens brought back a datapad belonging to one of the Darenji sites which had an invitation to an all expenses paid job, taking glee in stealing from the Syndicate he decided to take the job himself.

That's it sorry for the barebones thing it's my first post on a wikia page still figuring out everything but if you'll have me I'll be very happy :)

Before being kidnapped Victor was a normal boy perverted,energetic and happy go lucky. He liked to watch anime, read manga, play baseball and try sneak into the girls changing room.

But when he was kidnapped his mind subject to drugs and darenji cruelty became extremely apathetic with a strong cynical streak. He often misses his old self and replicates his actions before his kidnapping but with nothing but hollow feelings. He continues to watch anime, read manga and collect figurines but not for fun they are for imagining summons. He also has become quite slobish

Retrieved from "https://powerlisting.fandom.com/wiki/User_blog:ArchitectofPurple/Victor_de_Nihlo_(Imoutoverse_RP)?oldid=1383865"
Community content is available under CC-BY-SA unless otherwise noted.