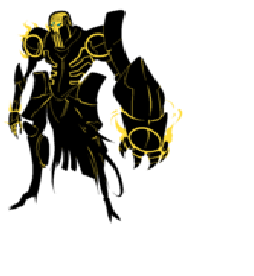 Backstory: A alien who searched for countless eon's for the Gem of Pure destruction, killing countless lives and chased by many species that bring order he has finally found the gem on the planet of man, earth, his knew discovery makes him interested in man. Soon learning about man-kind's philosophies he decided that soon everything will be forgotten and that we live due to the fact that we have goals, he reflected on the past on the countless he has killed and learned a lot throughout the cosmos, he decided that the entire Omega-omnisphere must be destroyed as then he would be the greatest act of good, by removing evil forever.

Retrieved from "https://powerlisting.fandom.com/wiki/User_blog:Blackond/Character_Sheet_5?oldid=1383871"
Community content is available under CC-BY-SA unless otherwise noted.