Adam's story is one every person strives to emulate. A young man, broken by his limitations and the soul-crushing mediocrity of his existence, resolved to overcome his own reality in order to implant it into the world around him, healing it of its pains whilst reforming it in his image.

In words for the laymen, he conquered himself in order to gain the power necessary to overtake the world.

"You're a decent person. You just need to learn to smile once or twice. Jesus."
― Adam's cousin speaking on the perpetual frown he used to wear.

Adam is a strong-willed young man who forged himself through the fires of passion welled up within his heart. He is a man who has truly become the embodiment of his will and seeks to imprint his way of thought onto any world that would have it.

"Every time I think of this world, the people are me, how they look down on me. My heart is filled with rage. And my resolve strengthens. I am the King. And I won't be overcome!"
― Adam's heartfelt cry.

"In order to be free in this world, breaking the rules means nothing. You have to be strong enough to make your own. Life only makes sense and becomes blindly just, when you gouge out its eyes and force it to."
― One of Adam's more... dark resolutions to the pain in his life.

Since he was a child, two worlds have always collided within him. That of logic and the supernatural. In order to resolve this inner duality, he sought to utilize logic until he reached it's limited form, transcending into the realm of the supernatural.

"In order to rebuild this world, change it's very fundamental structure, I had to do the same to myself"
― Adam stating his resolve.

"It's time I ended this torturous existence. Whoever my Maker is, he better be prepared to do some groveling of his own."
― Adam referring to his Maker.

Adam always saw his Maker as a method by which he could overcome his limitations. Whether or not the entity took kindly to this is another story, yet, this attitude is undisputedly one of the cornerstones that led to his current mindset. 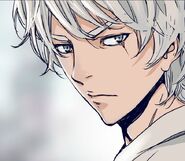 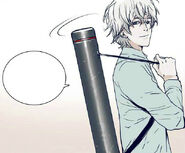 ... Power makes
Add a photo to this gallery

Dislikes: Abusive authority. His creator's hypocrisy (especially when it's disguised as morality). Powerlessness.

While Adam spends most of his time living the life he had always envisioned for himself and his family/friends on his homeworld of earth. This merely entails imparting incredible powers to those closest to him and partying with the beautiful women of his planet that at one point made him feel incredibly insecure. He even enjoys a healthy sex life with said beautiful women. He also frequently writes and participates in activities (such as martial arts and sports) that had brought him to the soul-crushing realities of his own limitations. Now greatly enjoying his towering competence in the crafts.

But this is all on earth, within the vast expanse of the ever-expanding multiverse, there are literally infinite possibilities both within and without of himself. 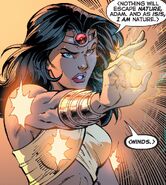 Word to the wise... don't piss off Isis.

Isis introducing herself to Adam.

Apocrypha of the Five Worlds

After inheriting the "crown" of his existence upon ascending into the Fifth World, Adam was allowed to ascend even further into the Infinite Light of God - the paraphysical life force of all things.

Starset - It has Begun. https://www.youtube.com/watch?v=XZp3Mtn-YsI

One Republic - Everybody Loves Me. https://www.youtube.com/watch?v=blx7u7PVbZI

Retrieved from "https://powerlisting.fandom.com/wiki/User_blog:BraveHeart70/Adam_Kadmon?oldid=1383874"
Community content is available under CC-BY-SA unless otherwise noted.