Black Widow (Marvel Comics) possesses costume specs that has a synthetic stretch fabric which has been augmented to be highly resistant to damage, even small arms fire and high temperatures. Microscopic suction cups on her costume allow her to scale walls and cling to ceilings, just as her namesake. 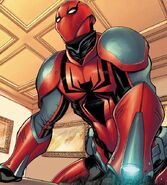 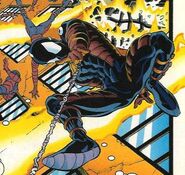 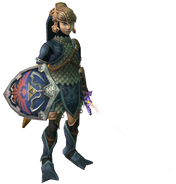 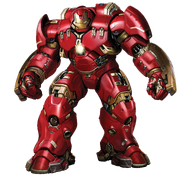