Motto: "Be prepared for anything, improvise like a boss."

Quotes: "Uncertainty is fear, but also hope and potential."

"Never kill a good guy, never waste mercy on a lost cause."

"Keep your friends close, and your foes within crosshairs."

Background: Agnos’ origin and nature are as elusive as his power, and attempts to make sense of them never led anywhere, every beginning of trail or answer invariably invalidated like he was chasing a ghost, so he eventually lost interest and just rolled with it. Perhaps there is no answer to be found at all, if the way his power “works” is of any indication, and life is good enough not to bother with unnecessary questions either way.

Fighting Style: Agnos' uncertain nature makes him exceedingly well prepared for any situation, strikingly adaptive to unexpected parameters and utterly unpredictable on the battlefield, with layers upon layers of last-minute deceptions and tide-turning tricks, the border between preparation and adaptation growing increasingly blurry as the battle wears on, until they become all but indistuinguishable to anyone witnessing his prowess.

In practical combat, he demonstrates incredible fighting skills and physical reactiveness, adjusting on the fly to a multitude of factors, evading attacks and dangers with an almost precognitive efficiency, wielding countless range and melee weapons with surreal mastery, and surgically exploiting any possible weakness and opening in devastating ways. He constantly switches equipment, capabilities, fighting pattern and tactical approach according to every situation, using his uncertainty to briefly emulate a variety of powers, alter his weapons with deadly components and properties, and enhance his ninja arts with fearsome secret techniques.

In more traditional contexts, he relies on lore-friendly equipment to avoid unnecessary attention, in the form of an extensive collection of random mystical items : artifact weapons able to defeat and dispell all manners of supernatural creatures and phenomena, protective and empowering trinkets granting him decisive edges at the right moments, magic scrolls allowing immediate casting of the most suited spells, and a number of misc items serving very diverse purposes, notably elemental orbs essentially working as very polyvalent magical grenades.

He makes an extensive use of flash steps, concealment, shadow clones and similar techniques, allowing him to single-handedly face many opponents and carry out complex strategies. Suddenly emerging from nowhere at a moment's notice, they excel in surprise attacks and guerilla warfare, each of them sharing his massive skills and wealth of options, acting both independently and in perfect coordination, all parts of an amazingly efficient multi-layered teamwork. Relentlessly scoring critical strikes and brillant combinations while evading and interrupting their foes' every move, they can tear through much larger armed forces and wear down vastly stronger opponents.

Agnos is an elite mercenary shrouded in mystery, mostly known for his flawless professional record, an uncanny ability to be in several places at once, and a peerless mastery of stealth and infiltration. This earned him quite the fearsome reputation, and one of the highest values in the black ops trade.

His abilities making him self-sufficient in terms of equipment, transportation and hideouts, he spends most of his substantial incomes building connections and financing small organizations of public interest, close to the population but lacking funds. This grants him access to all the intelligence and support required for his various missions, as well as VIP services and a great popularity among the less fortunate.

His career follows an unusually structured and proactive pattern for a mercenary. A secret network of allied information brokers are constantly monitoring their respective sectors, keeping him in touch with unusual situations and important moves, and cross-referencing all relevant data available to determine interesting job opportunities. He then chooses among potential missions those suiting him the most, in a balance of profitability and benevolence, indirectly contacting his future employers and making them a reasonable offer, based on their resources and interests at stake.

Aware that crime can never be truly stopped, he made a deal with its more moderate and reasonable leaders, promising to leave them in peace as long as they keep their men in line, and limit the damage to civilians down to a minimum. He even indirectly helps them by assassinating ruthless rivals, allowing those respecting the deal to expand their territory and establish smoother policies.

His sheer expertise, versatility and elusiveness allowing him to take down virtually any kind of target and survive the fallouts, he is feared even in supernatural circles, though his personal handling of dangerous rogue elements, before they go out of control and many innocents have to pay the high price, got him a lot of respect from legitimate and well-inserted organizations, concerned with the preservation of their interests and reputation. These indirect contributions gradually secured him a secondary network of allies among supernatural societies, including a number of special perks.

He has a part-time unofficial affiliation to a handful of superheroic teams, mostly dedicated to mutual support in their respective fields. He notably provides underground intelligence and tactical assistance, joining them on the field during delicate covert operations. In return, he benefits from their logistic and resources, and may call upon them for reinforcement during large conflicts. He also has regular contracts with several other teams, watching over them and keeping tabs on opportunities, sometimes showing up of his own accord at key moments to make a crucial difference.

Agnos is extremely professional, facing every situation with the same ice-cold serenity, surgical efficiency and implacable persistence, a distinctive style that contributed to his reputation almost as much as his actual results. He is indeed keenly aware there is usually a fair deal at stake, and often quite a few lives hanging in the balance, with always the risk of unrelated collateral damage. As such, he considers carelessness while on the job as unacceptable, and an insult to everyone depending on it.

He is also very selective in his choice of targets, killing only those whose existence represents a serious and definite threat to innocents, and swiftly ending them without hesitation or unnecessary suffering. Those whose misdeeds are insufficient to justify such a hard sentence are simply knocked out with little damage, and the legitimate authorities anonymously contacted to handle the rest.

In more favorable circumstances however, he proves remarkably friendly and sociable, comfortably sharing pleasant conversations and witty banters, with delicate honesty and charming humor. These social skills, along with his reliability and examplary professional ethics, allowed him to build many strong and trustworthy relations, despite his frightning capabilities and underground reputation.

He is very protective of his social investments and even more so of his long-term partners, understanding their connection to him makes them living targets for his ennemies. Stealthily monitoring them with minimal intrusion, he immediately steps in to face any serious threat, disposing of the attackers and mercilessly hunting down everyone involved, making examples of the ringleaders and giving a first-and-last warning to all secondary participants. 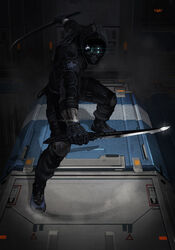 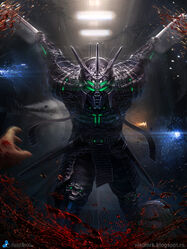 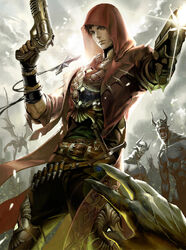 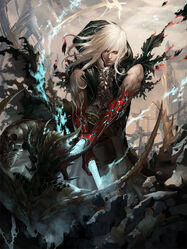 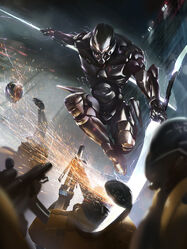 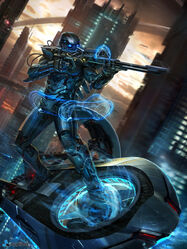 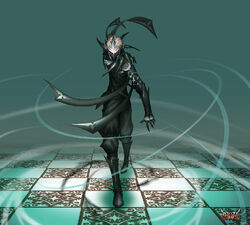 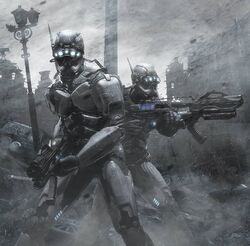 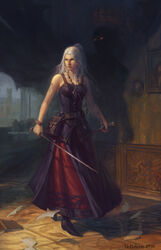 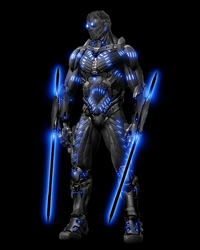 I Come In Peace. 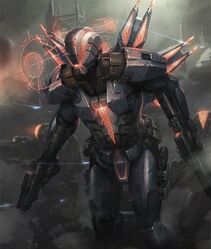 Let's Do This !
Add a photo to this gallery 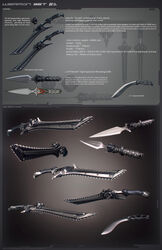 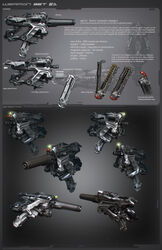 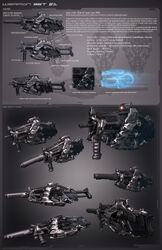 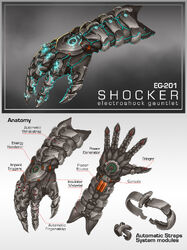 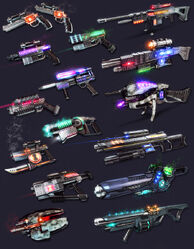 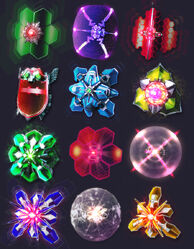 Omega Sniper of Doom.
Add a photo to this gallery 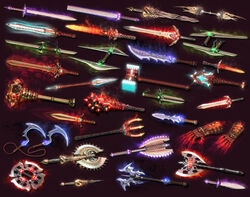 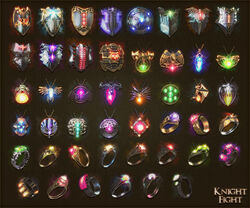 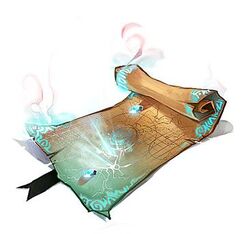 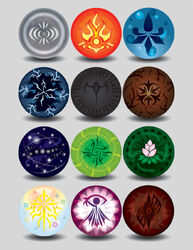 Elemental Orbs.
Add a photo to this gallery
Retrieved from "https://powerlisting.fandom.com/wiki/User_blog:DYBAD/Character_Sheet_2?oldid=1384180"
Community content is available under CC-BY-SA unless otherwise noted.