Celestial Incident Management Organization is a worldwide defense organization created to defend the inhabitants of Earth from Celestial Beasts, and is led by Roman Wiser. The organization is usually pragmatic, due to having its origins from the Foo Fighters, as they specifically use both science, magic, and brute force to achieve their goals.

It is unknown if Roman Wiser recruits the Jewels around him or if the new recruits searches him out themselves.

Based on Bianca's experience, there is apparently no respect to hierarchy of the organization. Probably, the magicians only follow orders directly from Roman, and may disregard the orders of those who have a higher rank. 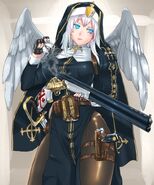 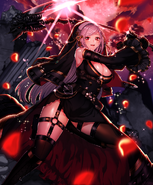 Add a photo to this gallery
Retrieved from "https://powerlisting.fandom.com/wiki/User_blog:Imouto-tan/Celestial_Incident_Management_Organization?oldid=965892"
Community content is available under CC-BY-SA unless otherwise noted.
FandomShop Fandom IG GalaxyQuest