Destiny City's government is the representative of the people, and decisions made by the Council must govern under its constitutional law, the Grand Magic Council members are chosen by election, making the country a constitutional republic. However, both the 4th and 7th cities elect their representatives by holding a tournament.

In the early part of the 21th century, the actions of Maxwell Didonato caused a corruption in Destiny City's government. Following this, certain types of Magic were banned in Destiny City, however organizations such as the Foo Fighters would still use them.

As the main ruling body of the entire Destiny City, the Council possesses almost utmost control over it, acting as a leading government of sort. The Council rules all of Destiny City, overseeing its people and keeping them in check and safe, and they are responsible for the events caused by both legal and illegal Jewels, also possessing the right to punish Jewels who break the law and to confiscate magical artifacts which could potentially cause large-scale damage. Among the things prohibited by the Grand Magic Council is the use of Magic for assassination and sexual enslavement, which, if perpetrated, could lead the Council to oust the offender's family. The Council has the right to apprehend Jewels charged with crimes anytime, with their messengers being highly respected. The Council's authority is extremely large in Destiny City. However, despite this, the Council is known for sometimes displaying its power as a mere formality, finding scapegoat Jewels and trying them of recent, calamitous happenings just to subsequently release them without any punishment, something which happened with Sherria Amicus.

Dramatic incidents happening in Destiny City might inflict serious damage to the Council's reputation, going as far as to cause the dismissal of one or more of its members and even creating suicide missions in which they would send criminals and problem Jewels on.

As members of the Grand Magic Council, they are Ranked S in the network terminals of Destiny City allowing them access to even the most top secret and classified information and research in Destiny City; even their advisers have access to this information.

It seems like at least a few of the members of the Grand Magic Council are either bribed, tricked, or falsely aided by the Dairenji Family and the Evil Witch Council.

With the exception of a few members, some Council members are directly involved in the 'dark side' of Destiny City, financing various groups like the Foo Fighters and NEMESIS to do their dirty work, or have their own private forces. Regardless, just because they are working with the dark side of the city, does not indicate that they know of it.

The Council members have made agreements between each other to prevent any one Council member from having too much power that allows them to disrupt Destiny City's balance of power. This is called the "Checks and Balance" system, and a member that breaks an 'agreement' will be targeted by the other 11 members and be erased.

It is unknown how one becomes a member of the Grand Magic Council. Three of them were killed when Innocent the Red Executioner invaded Destiny City during the Winter Grand Destiny Star Games, though Donald Malphas stated that replacements could always be found. It is known however that it is relatively easy for Nayuta Mitsuari to tell who will be the new replacements for members of the Grand Magic Council when they die.

The Grand Magic Council is composed of twelve members at a time, or, to be more accurate, eleven "seats," going from 2nd to 12th. The 1st seat is occupied by the Prime Minister, effectively the leader of the entire Council, who takes the final decisions on every matter. There is one council member per a mini-city and it is possible for non-citizens to be voted onto the council.

As it is essentially the government of Destiny City, the Council has an array of armed forces at its disposal, which it uses to maintain peace and make sure that none breaks the established laws. They namely hire the Foo Fighters for less than legal task that the Destiny Security Agency refuse to handle. 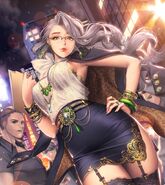 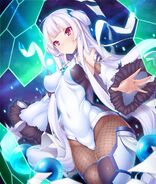