World War III (abbreviated WWIII or WW3, also referred to as Third World War) is a global war that lasted from October 19 to October 31 of the year 2020. Although lasting briefly, the war was mostly between two opposing great powers and alliances of Destiny City, against the Russian Federation. The United States of America was the only ones left out. As they were gearing up for it, the war ended before they could pick a side. However, the war was actually part of the plan of Wiccaphobia, manipulating the World Superpowers and even the Twelve Celetials to do her bidding. 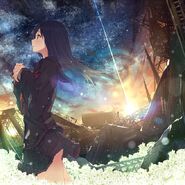 Add a photo to this gallery
Retrieved from "https://powerlisting.fandom.com/wiki/User_blog:Imouto-tan/World_War_III?oldid=965905"
Community content is available under CC-BY-SA unless otherwise noted.