Welcome to The Crisis of a Criticizer!

Today, my n*ggas, we gon’ talk about something we all see and hear on the radio from time to time!

We all here the “Best Rappers” on the radio.

By “Best” I mean worst! They always rap on the radio like everything is good, but they know that they have issues and try to get rid of it!

Take Drake, Kendrick Lamar, and hell, even Jay-Z with his drug dealer lipped lookin’ a**!

They rap and rhyme, but when alone, they all just feel on their selves and kiss all over their body to pleasure themselves!

They jerk, twerk, get naked, lick, and sh*t on themselves in the mirror!

Some people also go straight to the computer if they see their associates doing that sh*t!

All they do is go on the history, click on some random sh*t, see what the n*gga has typed up, go to that link, and do one or two things!

It is a shame on how they do that sh*t!

Them n*ggas should not get paid for what they do!

Cause later, they get a little more…...intimate with themselves….

By the way, don't think that this is not going to pass on to the next generation.

The worst age to start raping is critical to a person's life!

Why 18? Look at the picture below. 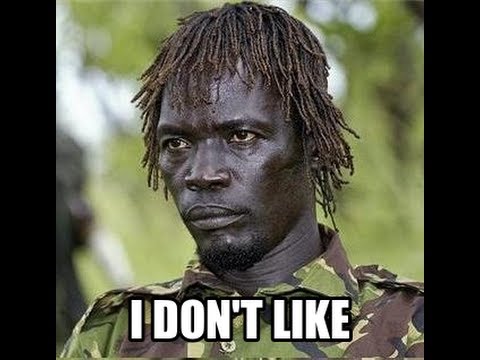 Cheif Keef, you see. He started as 18; pressumed by most people.

That is all I need to say.

“ I’m a miraculous man who get all the honeys!

I may be gay, BUT I get Nuts and Honeys!

F*ck Drake! Wait, no I am serious!

F*ck him in prison cause he dropped the soap in the…...the….the shower!

If there is peanut butter on my balls,

All I gotta damn do, is feed it to the dog!

I messed up the whole damn tape.

-The lyrics from a 15 year-old wannabe rapper who calls himself “Kirby”.

These rappers need to grow the f*ck up!

To end this blog, let us go out with our own rap.

This rap is from me:

“I still cry at my momma’s grave.

I really hope that Justin Bieber gets banned.

Because he the gay n*gga that likes tans, and umm…

Imma go science and realistic on you,

Betta listen before I go ballistic on you,

Makita waitin’ on me home, and I’m long gone.

So you betta hear me out, you f*ckin wanton. CHINESE!!!!

Is cause there’s a difference between TV, and what reality shows!

It’s fake and that's what I hate

Don't put that sh*t on my plate

Why does a proton live in the nucleus?

Retrieved from "https://powerlisting.fandom.com/wiki/User_blog:Poostanky!/THE_BEST_(WORST)_RAPPERS!?oldid=817428"
Community content is available under CC-BY-SA unless otherwise noted.