Backstory: When Susie was young, her immune system was attacked by a virus. This virus changed her eye colour from dark brown, to a deep purple. Later, when she was walking the streets of her hometown, she passed a mirror in a window and noticed she couldn't see herself. That fit fine with her, since she doesn't like attention anyway.

A few weeks later, the government caught on to her strange eyes, and that she could turn invisible. They began to hunt her. When they finally cornered her, she managed to teleport to some distance away, and legged it. That was when she ran away from home.

Even through her best efforts at hiding, she was found again, and this time was shot instantly on sight. She fell in pain. But instead of dying, she was able to get up and continue to run. Freaking out that the bullet didn't kill her, yet glad at the same time. 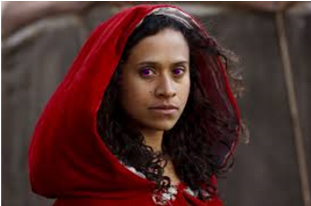