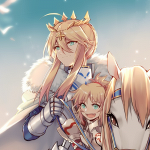 Hi, welcome to Superpower Wiki! Thanks for your edit to the Causality Manipulation page!

You're welcome :) So many possibilities in a cool and tangible form. I'm personally a fan of supernatural materials (especially in mineral form), notably the famous Tiberium crystal from the Command & Conquer series (not technically supernatural, but close enough anyway).

Aside from their raw potential, the refined possibilities (genetic enhancements, artefacts creation, new types of magic and derived technologies) are really fascinating. On this note, we should probably add a new type/version of minerals in the form of crystallized energy.

I'm notably thinking about volatile substances like the Warp energy from Warhammer 40.000 and the T-Energy from Sacred 2, which would be awesome in a more stable and controlable form, considering they can basically warp reality. DYBAD (talk) 21:31, February 17, 2014 (UTC)

Cyber Enhancement seems to overlap with Artificially Enhanced Physiology, and Image Subjection is indeed hard to differenciate from Subjective Reality and Perspective Manipulation. On the other hand, I find the concept of Interactable Fantasy World very appealing. I thought about something like that not long ago : a personal world that isn't real but not entirely a fantasy either, holding the possibily for some part of it to emerge into existence (like imaginary friends joining you into a real adventure). Sounds like a combination of Self Perception and Summoning.

On a different note, you should be more protective of your ideas for powers, good ones tend to be 'hijacked' before the 'owner' is ready to create the page. Happened a few times already, so better be careful. DYBAD (talk) 00:57, February 19, 2014 (UTC)

Optimizing Image Subjection should come first, so that we can delete Reality Pushing and move on. As for your next power, you should ensure beforehand that its place isn't already taken by an existing power (too much complications as you saw, and not everyone is willing to give up a page of their own). DYBAD (talk) 00:59, February 25, 2014 (UTC)

As I said the last time you ask, the best move would be to first optimize the pages you've already created. They are too loaded and pretty messy right, preventing them form being truly attractivel (even gold needs refining after all). And the tricks you'll learn in the process will make your next pages all the better without requiring any any effort (natural optimization born from experience). DYBAD (talk) 04:26, March 4, 2014 (UTC)

Possibility Control would be a carbon copy of Meta Probability, which is precisely based on this "everything is in the spectrum of possibilities" idea. Conceptual Music seems fascinating, altering reality through a combination of art and emotion (music is the language of the soul after all), kind of the musical equivalent of Enchanted Artistry with a dose of Pathifery. As for the Fibonacci numer, I can't tell. DYBAD (talk) 06:04, March 8, 2014 (UTC)

After thinking it through I'll probably keep it, RP is a much simpler and probably much less powerful version, Image Subjection looking closer to Subkective Reality at this point (also much simpler). DYBAD (talk) 09:17, March 9, 2014 (UTC)

It's no problem! thank you for your opinions, and thanks for the Outcome Manipulation part. I had a gut feeling that there was already a power covering it, but what you said is pretty much right. Again, thanks for that :)

My advice would be to calm down, stop trying to force creativity (that's not how it works), and take some time to read though this wiki (to gather ideas and avoid copycat powers). Then ask yourself : what is it that you desire ? Powers are born from desires, to make goods ones you must first of all find out what you really want. Then ask yourself : what kind of power could grant you this wish, better than any other ?

That's were inspiration starts. Then you just have to follow this lead, and gather materials on the way. Once you've gathered enough, all that's left is to patch these ideas and materials together based on your central idea.

Perhaps it is time to actually think things through before jumping in ? Beside, now that I think about it Director sounds a lot like Absolute Command, and Actor like Author Authority. DYBAD (talk) 04:30, May 21, 2014 (UTC)

True, with each new power it becomes increasingly harder to come up with good ones :/ Still, we should prioritize quality and uniqueness over frequency, so that new powers may remain valuable additions to the list . DYBAD (talk) 04:47, May 21, 2014 (UTC)

The lack of regret dooms you to repeat the same mistakes over and over and over, instead of learning and growing. It is no strength, just plain foolishness. DYBAD (talk) 23:04, June 13, 2014 (UTC)

You'll learn eventually, it will just take more time and be more painful. Life is definitely unsatisfying, but in the end all we can do is come to terms with it. DYBAD (talk) 23:24, June 13, 2014 (UTC)

You should start by thinking it through and refining the ideas in your head, this way you will soon find out which can actually work and which are just empty boxes. DYBAD (talk) 05:29, July 10, 2014 (UTC)

His blog its under alpha

hay ALP i was wondering if i can use the setup you use for my forces not like the pictures or anything but what you stated like capabilities or stuff like that TheRavageBeast (talk) 06:31, October 27, 2014 (UTC)

Hey buddy are you OK it seems like you're leaving and when you left that note you were talking about multiple people are you ok? Please don't leave :( ;( please don't go

ok good and i like Existence Decleration its awesome god any more recmondations?

Here come the Character Sheet category, to make our creations more accessible to fellow users (only the bloger can add his/her page to the category). DYBAD (talk) 05:36, December 17, 2014 (UTC)

My newest character. :P Take a look. Have fun and hope you enjoy it. :P

Deleted because there's no point. Someone has multitude of powers, does that really need separate power? Nigh-Complete Arsenal covers having most of the powers and that's enough. Anything less and we'll end up with having few different powers having their page. --Kuopiofi (talk) 20:01, March 14, 2015 (UTC)

Please take some time out today to check out my new blog regarding powerlevels, Thank You.

My second power on this wiki! Yay! Please check it out and tell me what you think in the comments.

Well your power Alternate-Selves Contacting inspired me and I was trying to create a new power based on it can you help me make it.

It's called Alternate-Self Unity its supposed to be the power to be unified with all the alternate self across the multiverse I got the idea from the Jet Li Movie The One. What do you think Dragon-Fox 7 (talk)

Finally completed and finished a character! Personally my favorite of my projects, so I really hope you'll check it out and enjoy it ^ ^

When you change the main pic, old one goes to Gallery.

It's been around at least year, maybe two. It exist mainly because it makes easier to find pic about someone/thing when the name gives some hint what's in it. --Kuopiofi (talk) 15:53, September 5, 2015 (UTC)

why exactly do you want them deleted when they have so many users?

Why do you want those powers deleted when they already have so many valid users? I mean there are no other powers even like conceptual music on this wiki for one. You probably have your reasons, but I am just wondering why.SageM (talk) 20:07, October 17, 2015 (UTC)SageM

Give me 7 examples of what that power can do. It can create a concept of something greater than infinity, Omega Omnisphere? Please, i like this power!

Hi, just wanted to say your characters are far beyond amazing and I love them especially Shiro Tsuya by far my favourite just ahead of Sc'eal.

I was wondering if you could check out my characters and give me some feedback.

any help would be appreciated,keep making characters

I love virtual connecting though I personally think we should find a cooler image. But I love the power and its idea.Grant.walker (talk) 12:34, February 9, 2016 (UTC)

Retrieved from "https://powerlisting.fandom.com/wiki/User_talk:A_Living_Person?oldid=1423460"
Community content is available under CC-BY-SA unless otherwise noted.