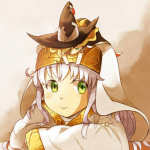 Hi, welcome to Superpower Wiki! Thanks for your edit to the File:Impossible-picture.jpg page! Please leave a message on my talk page if you need help with anything! -- Kuopiofi (Talk) 11:35, November 10, 2012 Okay here is the Link, it was a discussion about my pessimistic view on humanity and staying out of their path and DYBAD vision of having the perfect plan to remake humanity in an image he deemed perfect if he had Reality Warping. Don't tell anyone I did this. Not a soul.Consus, the Erudite God (talk) 03:20, December 16, 2012 (UTC) Please post to that persons Talk-page you want to argue with and not mine. I'd like to see what is posted to me instead of reading through another argument that doesn't really involve me.--Kuopiofi (talk) 11:59, December 23, 2012 (UTC)

Please start editing in Source, cleaning after your edits is getting annoying.--Kuopiofi (talk) 15:27, January 8, 2013 (UTC)

Click Edit, on the top of the editing area are two options: Source and Visual, with Visual usually the default mode, you simply click the Source and that's it. It's generally better to Edit there, because you'll see the background details that Visual simply doesn't show. You might want to look few finished pages in the Source so you'll get the idea what it should look like in there.--Kuopiofi (talk) 15:46, January 8, 2013 (UTC)

Hey, I tried to recreate what you did on Reality Warping and Kuo's fine with it so far. But Blackwings gave a point that it needs powers as examples, can you help me with that? I'm not sure where powers like Vocifery,Pathifery,Mental Projection,Paradox Inducement, etc would go. Gabriel456 (talk) 00:04, January 11, 2013 (UTC)

Whats up dude is everything alright.Look if you are free get in the chat i want to tell you about the triple b or BBB.

Well done ! I missed the page, and it's a really cool power, basically everything one could possibly desire in a simple a appealling format. Wish Granting is fascinating, and freeing it of all limits makes it simply perfect. DYBAD (talk) 23:53, April 29, 2013 (UTC)

Please add signature (button on top, fifth from right, looks like writing) when you post, makes it so much easier to know who wrote and it links directly to Talk-page.

5th dimensional technology was deleted because it's messy and way too unfinished, take a look on other pages and you should know what I mean. I deleted it to make sure I get your attention because that gets peoples attention really fast. It's back, so get to work, pictures are way too big for starters, 400px should be the maximum.

Doctor Physiology 1) we already have Time Lord Physiology, no repeat pages. 2) no pages about individuals, there has been few and all were deleted. This stays a goner.

Signature. It's not that hard.

The second part about pages still stands open, is it unique individual (even if one that keeps reborn) or a legacy power where a new individual takes the position after previous one dies?

You know, just contacting me would get the job done, I could understand posting on one page about it as a way to spread your misery... but posting on dozen pages? You really impress me, you really do. --Kuopiofi (talk) 05:22, June 20, 2013 (UTC)

As long as you remember that there's a point after which powers get deleted, go ahead. And before you say we delete powers because they're fanon, we've done that to canon-powers too. --Kuopiofi (talk) 14:12, August 1, 2013 (UTC)

Evening sir. I saw that you added a character from the Suggsverse, and definitely wanted to inform you that it wasn't fandom as one of the comments suggested. The powers are all legit. And yeah, the series has only been out since 2011, and it definitely has a small auidence, but I definitely wanted to thank you for putting Chris Spades in a category. Definitely meant a lot.

I see that you post powers and stuff and wondered if you ever heard of this?

You mean the picture in Infobox or Gallery? Either way it's the same, go to Edit=>Source, remove the picture and use "Add features and media" to add the new picture you want. Do remember to use Preview before Publishing to check that the change actually happened, it seems to be prone to glitches.

And remember that people tend to have opinions about the main picture, so expect that someone objects/deletes unless you have a really good one to use. In general it's better idea to add the pics into Gallery instead of mucking with the main one. --Kuopiofi (talk) 06:34, August 18, 2013 (UTC)

Real Alex Mercer Youtube and comment ↓ Alexjmercer1979: "Stop telling people there is a prototype 3 because i am sad to say fans but the series has ended"

Hey how are you?

Yo what a fuck is wrong with ya why you mentioning people relatives in your mother fuckin comments just like the one you posted in my page Nature Infusion. Dik you should know boundaries not everyone likes that type of comments you sholud keep them to yourself or shove em up your ass.Stop posting that bullshit on my pages plus have never had i beef with ya why you did that?

Reply however you want just keep my relatives out of your comments.

No problem dude apology accepted.And just like that our beef is over man that sucked i tought we were gonna have some Biggie and Pac beef were one of in this case would eventually die (Webdeath) we would spit shit about each other and there would be much violence and and shit  it would be memorable IK vs Addik, and all that just to distract myself and.Yo still no problem man i am not mad at ya plus i like your works and we know each other, but seriously dude dont talk about moms they are sacred especially to black people but iam sorry if sounded rude here is something for you to chill http://funnyasduck.net/wp-content/uploads/2012/10/funny-penguin-jackets-freezingpics.jpg

Betting your savings on something very uncertain doesn't seem very wise to me. I know it's important to you, but you should probably polish your skills and acertain your odds before jumping. The editorial world is quite tough, even to the most talented writers, and many new talents had their wings cut off for starting too soon. DYBAD (talk) 10:56, September 20, 2013 (UTC)

nothing to apologize for

Do not be sorry all right, I understand that my English is not at the level of

Point is, limits are made by authors in general for counteraction and story flow, regardless of power strength. So using that as a form of proof would apply to all powers people think are strong or invincible which would be pointless to list. I am talking more specific cases, like how an author would limit its usage by situation or by manner in which a an unlimited wish can be granted. The Wish may have no limits, but the user certainly does on many levels when bothering to look for them.Consus, the Erudite God (talk) 03:33, September 26, 2013 (UTC)

..and I am asking you to find a limit that is situational and put aside personal feeling of whether it makes sense or not to you and your form of logic and how that limit ties to limiting the user. Plus don't ever mention the concept of God or Author to me, both remind me of ther users on this sight I have problems with.Consus, the Erudite God (talk) 03:40, September 26, 2013 (UTC)

He also implied Fate was a living being because "he cheats at cards" and "will not go against what [he] decrees". Plus another user you can list is the Black Star Shenron who can grant any wish regardless of what it is.Consus, the Erudite God (talk) 03:54, September 26, 2013 (UTC)

Signature, it's not that hard.

Are you talking about connecting your User-page on this site to some other Gallery or Gallery on here to other site? Either way, what's the point? --Kuopiofi (talk) 08:33, September 27, 2013 (UTC)

Are you talking about connecting your User-page on this site to some other Gallery or Gallery on here to other site? In other words, are you planning to add more stuff on this site, or making a page somewhere else and linking that page here? --Kuopiofi (talk) 08:43, September 27, 2013 (UTC)

Because friends and relatives are more important than strangers, no matter their numbers. And because there's no point saving people if it gets you in trouble. DYBAD (talk) 08:14, October 6, 2013 (UTC)

With a mentally burdensome question such as that, I would like to refer to the logical manifesto... W.W.S.D. aka What Would Spock Do. We will use his knowledge of what is rational to steer us in the right direction for the solution to this quagmire.

Don't worry, just asking for opinions on my last page. Forgot to do the usual publicity, and after Consus' usual bitching, the need of saner feedbacks became evident ^ ^; Thanks for your concern though, much appreciated :) DYBAD (talk) 01:28, October 20, 2013 (UTC)

"While always possible, new starts are never easy. To actually succeed, you will need three things : a worthy purpose to hold onto, a reliable path to entrust your efforts, and the deep-rooted resolve to see it to the end."

What question? I haven't deleted any Comments aside of Omnipotences eldest ones for weeks.

As far as I am concerned, pre-retcon Beyonder's OP is already agreed and accepted, post-retcon B's state as well so there's no point arguing about that.

And as of your becoming Admin... even if I had the power to do that, your behavior during this argument hasn't really impressed me. Please do check Rules of this wiki and rule#3 which has something to say about insulting others. Do you need few days to cool your head or can I expect you to behave? --Kuopiofi (talk) 04:38, August 15, 2014 (UTC)

As I understand it, pre-retconning B there wasn't TOAA, so during that time there would indeed been only single OP, after TOAA appeared to scene B was demoted to his current state keeping the one only rule intact.

I understand your point and even agree to some extend (company politics mess things every time), but at the time he entered the comic B was indeed considered/created to be OP, which qualifies him as one... with definition that it happened before the change.

As for the fact he was "demoted", well, we accept Users who have lost their powers or had it temporarily with mention about that detail, this is the same thing, just on much larger scale. --Kuopiofi (talk) 05:15, August 15, 2014 (UTC)

Sorry about this, but BeyonderGod, which I banned for constantly insulted and calling others names like "Dumbass" or even "faggot", I decided I should block you too for that whole list of slurs even a religious and racial slur, I have no choice but to block you for about a month.

Great ! I didn't see you much these days, and starting to wonder if you'd be back. Most users move on after a while, and I thought of it more than once myself. But in the end I'm always back, love superpowers too much to leave ^ ^ DYBAD (talk) 23:31, October 5, 2014 (UTC)

hello i have a question. Can you explain why on the telepathy page omnipathy is lower than metapathy? BloodGolem (talk) 01:16, June 23, 2016 (UTC)BloodGolem

Retrieved from "https://powerlisting.fandom.com/wiki/User_talk:Addikhabbo?oldid=1423264"
Community content is available under CC-BY-SA unless otherwise noted.