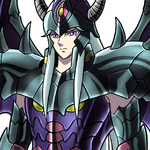 Hi, welcome to Superpower Wiki! Thanks for your edit to the Aether Manipulation page!

Hello Rider I got your message and, Aether/Ether is the fifth element with a lot of lore behind it. It has been described as the "holy element" that was used by God himself to create the Universe. This is supported by the fact that Angels and other Spirits have been described as ethereal beings. In the Kybalium there is a plane that is made of pure ether that exists between the six physical planes of energy and matter, making ether an element that surpasses both. Users of this power will be able to gain incredible power.

Well rider it isjust to be safe. I consider that page to be the greatest page that I made, and I dont want some joker messing with it.

Well if you have any suggestions im certainly open i just want to make sure there arent any vandalizations.

If someone makes page about Comic/Cartoon Physiology (as in compilation of the western cartoon/comic characters instead of Toon Physiology), that'd be removed. Same way as pages about individuals or powers completely limited to single source.

See the differences now? They are similar powers but the workings are noticeably different.

I see exactly what you mean, but its like DYBAD said: If we follow "simple workings" there would only be like 3 powers/abilities on this wiki, believe me that would suck. So with that said, enjoy the ideas and articles of the wiki ;)

If it wasn't worth keeping the admins would have deleted it by now. As long as theres a clear line separating the 2 powers then its acceptable.

Exactly same reason Prayer Empowerment and Worship Empowerment don't allow user to gain power from their own. It'd be like rising themselves from their own hair. --Kuopiofi (talk) 04:24, September 22, 2015 (UTC)

Seems to be a momentary displaying issue, I had the same problems with pages not an hour ago. Try it later, it should have sorted itself out like it did for me. DYBAD (talk) 01:20, September 24, 2015 (UTC)

Its fanmade, it doesn't count.

Dragon lancer is a fanmade animation. As there is no information available for it, no producers or directors, no cast list, its not valid.SageM (talk) 00:29, October 2, 2015 (UTC)SageM

There is no information on it, the company that supposedly made it isn't even an animation company(its a toy company) Youtube is the only place you can even watch it, all searches on it bring up stuff that have nothing to do with it. the video doesn't even have credits(which makes it suspect). thus the only thing it can be is fanmade, while it may say its a chinese animation, no anime, chinese anime or any other animation site gives any info on it.

Thus its fanmade, the company that supposedly made it Alpha Animation? Doesn't even say they made it, there a TOY company, not animation.SageM (talk) 00:42, October 2, 2015 (UTC)SageM

If it isn't fanmade, then why is Youtube the only place you can watch it? and why is there absolutely no information about it anywhere on online? the company might exist, but I don't believe they produced it. You can't watch it on any other animation site, even chinese animation sites. dailymotion, veoh, and the other mass video websites don't have it listed. If you can find an actual website with information on it, then I might believe you. Most of the animations on youtube you can still watch on other websites, even chinese animations, you can still watch them on veoh and dailymotion, all of the shows listed in that youtube channel cannot be watched anywhere else.SageM (talk) 00:59, October 2, 2015 (UTC)SageM

Actually I'm afraid your wrong there my friend. I'm not editing how I see it, I look up all possible information on something before I post it, since there is no information available on it other then a single video on youtube that can't be fully confirmed, thats not info to post it on there. Let me simply say this, No information other then youtube exists for this, I checked every site I can think of, including the chinese wikipedia, playasia, yesasia, ebay, amazon, tv tropes, various chinese websites, and I found nothing, not one single piece of info other then that video. If other users can't confirm its existence or get any solid information on it, then it can't be posted regardless of whether you think it works or not. Whether its not very popular or not doesn't matter, if it doesn't even have an official website that can be confirmed regardless if its a chinese animation, then its not valid, fanmade or not.SageM (talk) 02:04, October 2, 2015 (UTC)SageM

Its not my opinion. People can post things from videos but a lot of the time whats shown doesn't completely prove everything. Its not how i see things. its how it is on this wiki. People want complete proof. its the same with every power and every user. can you honestly proof whats shown in one video if there is no other information available to cross check the facts?

Also, I looked at the video, and it doesn't say anything else about his race, guilty good and dragon are the only characters mentioned to be that size(plus we don't even know if guilty good is the same, since it says nothing about him and dragon being the same species). thus its not a valid enough example. so it can't be confirmed that his race is all that size. Unnatural size would me that all his kind are like that, or that he is different from his kind in size. Until we see other members of his race to confirm your opinion, then he doesn't fit. Take the Galvans from ben 10 for example, there entire race is that size and its been confirmed. this video confirms nothing about his size being uncommon, he is just small, but not unnaturally so.SageM (talk) 02:41, October 2, 2015 (UTC)SageM

Actually, if you pay attention to that scene, those people are shown from a distance away from Guilty good, thus for all we know they could actually be much taller, the attacks and fight between them are so far away its impossible to judge whether there the same size at all. Since it has been shown in a lot of other series were a much smaller individual has defeated others twice their size or more. So that scene doesn't prove anything really as we never see the two close together. But for the moment it doesn't matter, or points are moot really, its up to others to decide whether it fits or not. such as the admins.SageM (talk) 03:16, October 2, 2015 (UTC)SageM

Retrieved from "https://powerlisting.fandom.com/wiki/User_talk:BalrogLune?oldid=983232"
Community content is available under CC-BY-SA unless otherwise noted.