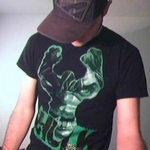 When Leaving a comment please use the header box or double equals sign to title new conversations, and sign your posts so I know who I am talking to. thanks CaydebTalkRants 16:39, December 27, 2014 (UTC)

Slider has been one of Gabriels projects, I've been taking care of the monthly Vote. But since he hasn't argued, I'd say it works.

We're been using Physiology for quite some time now. Energies, animals, mythical beasts/beings/etc. are Physiologies. I think that only Mimicries we have are those of elements, which is admittedly something we might need to get around chancing to get them into line with the other pages. --Kuopiofi (talk) 19:23, January 1, 2015 (UTC)

True Self Recognition: More then one user listed.

What do you think, should we simply fold all Aspects into the respective Embodiments? As far I can see, there's no real difference between those two.

Not to mention that none of the given Users is on the level of being "epitome of (...) in this universe and beyond" and "alone is responsible for bringing the force of absolute (...) to existence and effective metaphorically", and most of them are already on the respective Embodiments anyway. --Kuopiofi (talk) 06:51, January 3, 2015 (UTC)

Gab took action and deleted them all. No real lose, but I was planning mowing the pics/users to respective Embodiment... Oh well, might get around doing that at some point. --Kuopiofi (talk) 18:40, January 3, 2015 (UTC)

1.Flames that can increase the users speed.

2.Waters that can increase the users strength

3. Rain that can heal or raise the dead, or turn everyone it touches to stone.

4.Electricity that can turn you into a berserker

5.winds that can turn anything they touch into glass

Those are just some examples of Esoteric powers. Does that help explain the difference?SageM (talk) 20:18, January 6, 2015 (UTC)SageM

When you delete powers, please do bother to delete the links to that power from this site. We've been doing just that since the esoteric elements were deleted. --Kuopiofi (talk) 20:14, January 8, 2015 (UTC)

Hello Cayde! I need to talk to you in the chat when your online next.

Hello,I was unfairly demoted of my status as Chat Moderator by the user:TheTwinkleBeast.  MisterCornGuy (talk) 21:39, May 5, 2015 (UTC)

Retrieved from "https://powerlisting.fandom.com/wiki/User_talk:Caydeb?oldid=792636"
Community content is available under CC-BY-SA unless otherwise noted.