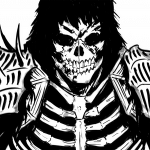 Might be better to keep them in Applications and Associations, at best as "Supernatural Condition or Absolute Condition". --Kuopiofi (talk) 10:16, August 29, 2016 (UTC)

Because Self-Subatomic Manipulation covers them already and because if there's a series of powers, the top one is kept, not the lesser versions. --Kuopiofi (talk) 10:01, August 30, 2016 (UTC)

It doesn't matter, if the target survives or withstands the attack that it can't be considered absolute. Regardless of whether he shows his full strength or not is beside the point.

And besides, saitama's attacks cannot defeat Evil Natural Water, no matter how powerful they are as its immune to all physical attacks. Saitama can only incapacitate it temporarily, he cannot kill it no matter how powerful he is. the rule of the power states that attack cannot be blocked, reduced, negated, or have immunity too. Since Evil Natural Water is immune the attack is not Absolute.

Sorry but he isn't user. So please don't add him again.

20. When you make powers that are sub-powers, techniques, Variations, etc. of some other power, add them to those pages.

What's up Man, when ever I message SageM about a topic, he just starts being rude to me, thanks for having my back in the comments on Saitama on the Absolute Speed Wiki Page, I appreciate and Respect a person like you,

It says right in the episode where she demonstrates her powers that she can control every type of particle, from electrons, subatomic particles, quantum particles, and so on. She can not only reform her body, but also recreate its structure entirely. She manipulated and separated the particles of part of a giant ship/robot the size of a small planet which allowed her to take down most if not all of its functions(she didn't control the ship itself, she separated the particles that made up part of it.) Also remember this power is self-particle manipulation, not just regular particle manipulation so its more focused on the user rather then on their surroundings.

Also when she first uses Particle on herself she upgrades her body to make better use of it.SageM (talk) 23:56, October 8, 2016 (UTC)SageM

Well thats all they showed on the main series, I haven't watched the sequel series yet so there is likely far more too it.

Plus molecule man cannot control his own molecules, only others.

The focus of the power is based on the user, not their surroundings. Your getting it confused with normal particle manipulation which is what others use. Self based powers are like there name says, based on themselves.

If your going to complain about how she doesn't use her powers outside of herself then your missing the entire point of the power. Plus if you notice the applications in self particle manipulation there all focused on the user.SageM (talk) 00:56, October 9, 2016 (UTC)SageM

Also particles are even smaller then molecules, so its not really a good idea to compare Lumiere's powers to molecule mans. Plus the fact Lumiere's true powers were mostly kept as a secret through out the series, as if they revealed them too soon it would have pretty much destroyed the entire plot (plus the main character of kiddy grade is Eclair, not Lumiere so thats why she didn't get as much time to show off her powers). Its like introducing a game breaker in the very first battle of an unwinnable game, your not going to get much out of the plot if you do that. ^^;;;

There is a sequel series and several ovas, so there might be more uses of her powers, though I have only watched the main series so far.SageM (talk) 01:07, October 9, 2016 (UTC)SageM

Science Manipulation is on the Applications in Advanced section and all science powers come from that already. --Kuopiofi (talk) 09:54, January 5, 2017 (UTC)

So, the question is does "control" translate to Absolute Command as if it does there's no "may". Some lesser power?

Also, as it is over only the lesser forms of their concept, there needs to be some re-phrasing, "Absolute Command Over other embodiments" sounds like they can command all embodiments.

BTW, might need to remove Conceptual Lordship as it covers quite a bit things that really don't belong to this power. Or add note that it's only over their concept. --Kuopiofi (talk) 06:31, August 6, 2017 (UTC)

So that may was about whether or not the TE has PE above them?

If you felt so strongly about this then why did it take so long to say something. What I mean by that is when the page was first created this limit was not there and it wasn’t for a long time. Then it got added. When I noticed it I removed it because it was redundant. Now you want it here just so the page can maintain some sort of equality status with Almighty Science. Take that up with the creator of Almighty Science for not removing the limit when it was later down the line added to that page as well. --Я☻ҰĀℓğטĀЯб-Єℓ│דЄ (talk) 04:44, March 30, 2018 (UTC)

2. No repeated Editing/Undoing of the same thing. If this becomes problem take it to Comments/Talk and talk it out instead of repeatedly messing with the page. I've locked the page, tell me when you've agreed. --Kuopiofi (talk) 10:18, March 30, 2018 (UTC)

So what all this is really about is you like AS better than AM and you don’t want the one you like more to seem weaker. Especially with that most recent edit you made on AM this became clear. Well like I said that limit was on neither to start with and AM has so many Omnipotent users it just does not make sense. Also if that is the case that limit should be put on all Omnipotent powers that are not true Omnipotence. Your sort of pathetic if it affects you so much why didn’t you just remove it from AS. --Я☻ҰĀℓğטĀЯб-Єℓ│דЄ (talk) 16:14, April 3, 2018 (UTC)

I’m sorry but what really frustrated me about the situation is that while you claim to have been just trying to keep the pages equal the fact is that before the limit was added back to AM this most recent time it wasn’t their but was still on AS. The first time it was added I removed it after it was noticed I assume it was added to AS around the same time.

So we got a block of time where each power does not have the limit then someone adds it to both. I remove it from AM however nobody removes it from AS. This window from when I removed it to when it was added again was a big chunk of time and yet their was no effort from you to add it back. Then the same person that added it the first time added it back. I remove it and now your claiming you put it back to keep them equal.

Like I said the real aggravation in this situation is the limit itself. I already said that limit feels like a cop out to me and is redundant on this site where we all know Omnipotence reigns supreme. So combine all this and that’s why my message to you was a little harsh.--Я☻ҰĀℓğטĀЯб-Єℓ│דЄ (talk) 14:41, April 4, 2018 (UTC)

Because its not related to Superior Adaptation, so it doesn't count as an application.

I moved it to associations, since thats were it actually belongs. Though it will probably still be removed because it doesn't have anything to do with the power.SageM (talk) 23:48, November 27, 2018 (UTC)SageM

You may not remember me, but I asked you two years ago to help me with some headcanons on my story regarding beauty transcending omnipotence. However, unfortunately, it did not work out well due to me being incredibly pigheaded and stubborn. I was wondering whether if you're interested in helping me again, but perhaps this time, I can commission you for helping me. Would that be at all possible?

Retrieved from "https://powerlisting.fandom.com/wiki/User_talk:DarkWraths?oldid=1270946"
Community content is available under CC-BY-SA unless otherwise noted.