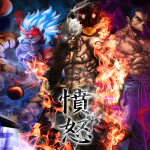 Hi, welcome to Superpower Wiki! Thanks for your edit to the Thread:207700|Why omnipotence is only the second most powerful thing in the universe compared to nothing page!

Technically speaking Yhwach only won that battle because he replicated the power of definition manipulation and used it against ichibe, and he had to use his full power to do so. If the fight happened before he was ready to use his full power then he would have been easily defeated, the only reason ichibe lost is because the author wants Ichigo to be the one to beat Yhwach.SageM (talk) 01:47, November 22, 2015 (UTC)SageM

The only reason ichibe lost it was because ywhach replicated it therefore restoring his name and meaning. So all his strength was able to return to him. since yhwach can see the future he was able to know about the future and knew exactly how to counter it. That makes no difference in your argument since i did not say anything about yhwach being omnipotence. If he were omnipotence then that means yhwach could be able to counter that manipulation by easily steal his powers with no restraints. Its as simple as that. It it would take less than a minute for him to defeat ichibe Deviljinyes (talk) 02:15, November 22, 2015 (UTC)deviljinyes

Again, Sage already answered you. And, as someone who knows Bleach intimately, I can vouch for the fact that the conclusion of the battle was PIS simply due to the fact that Kubo wanted Ichigo to be Yhwach, not Ichibei. So, if it was a "anyone can die" scenario, Yhwach would have been defeated. Also, like Kupolofi said, Omnipotence means "all powers". THAT is it's definition, if I where to destroy or even alter that definition, then it would leave the Omnipotent being powerless. --Son of the Dawn (talk) 08:28, November 22, 2015 (UTC)

thats not what the whole point of this is. did i ever say yhwach was ever omnipotent? i did not. i put an example of my statement. the reason yhwach survived was because he had the ability to replicate the power and make it his "ally". and it clearly says that he was only able to do that at his FULL POWER, meaning he had limits. if it were omnipotence then he would be completely immune to definition manipulation with little effort. so even if you tried to get rid of the power it wouldnt work because it clearly states that omnipotence has definition manipulation, meaning it can counter that and prevent anything in omnipotence from changing. Deviljinyes (talk) 09:28, November 22, 2015 (UTC)deviljinyes

well, is mostly because valkyrie has lots of characters with several powers (while some by having certain status can be placed in several different powers (A Goddess of Water for example, she, by being the deity of water, has powers like Water Form Manipulation, Water Embodiment, White Water Manipulation,etc), so i like to put them here on the wiki. L12345 (talk) 06:49, November 27, 2015 (UTC)

We're definitely cool ! Thank you for your message and don't worry, I understand you didn't have an ill will when saying it :) Knowing what to say and what not to can pretty complicated at times, and it takes quite a bit of practice to get it right ^ ^;

The chat can definitely be a lot of fun, but Kuopiofio is already very busy with Bureaucrat responsibilities, and I get the clear feeling live open discussions and strong hierarchical differences don't mix that well in the end. That makes two admin demotions in a row for chat issues now, I'm sure there is some kind of lesson to be learnt here XD

Omnipotence Embodiment is more like the power gaining sentience, than being given to someone.

I was in class so I couldn't respond to you -huggles-

Retrieved from "https://powerlisting.fandom.com/wiki/User_talk:Deviljinyes?oldid=866486"
Community content is available under CC-BY-SA unless otherwise noted.