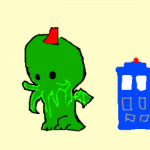 Hi, welcome to Superpower Wiki! Thanks for your edit to the Mountain Manipulation page!

Applications are powers that can be reached by the main power

Associations are powers that are related to the page in question

For example, Elemental Breath has Elemental Manipulation in its association because they are related due to being elemental.

As for how much,some users may not have all of the powers under the applications. A good example is Molecular Manipulation- the powers listed are just examples that can be reached by manipulating molecules but some users (like Piper Haillwell from Charmed) haven't demonstrated any of those

I don't think they get it automatically. I think variations are the power, but specialized in a single area. (like Psychic Energy Manipulation is a variation of Energy Manipulation that specializes only in pyschic energy). Though the user could gain them, with enough time and possibly training Gabriel456 (talk) 21:51, May 17, 2013 (UTC)

First advice: use signature when you post (button on top, fifth from the right, looks like writing), makes it easier to know who wrote and it gives direct link to Talk-page.

Second, no matter if it's used elsewhere hyperkinesis doesn't make any sense as a word:

So, hyperkinesis means roughly Overmovement. What does that have to do with Flawless Coordination? --Kuopiofi (talk) 04:57, June 2, 2013 (UTC)

If you take a look to other embodiments, you'll find that most of the users aren't that much what you'd consider embodiments of that concept either. As far as I can see, it's more along the lines that that concept defines then in extensive degree. --Kuopiofi (talk) 06:02, June 2, 2013 (UTC)

Known Users already has Knowledge/Wisdom Deities (Mythology) so adding every deity with either in their sphere isn't needed, but if you want to add him go ahead, I didn't notice you'd added Users. Possibly because several pantheons appeared in Variations.

Death Embodiment, not Grim Reaper Physiology which is about being death. And do note that not all deaths are omnipresent beings in fiction. Shinigami and several reapers are pretty local beings. --Kuopiofi (talk) 11:25, June 2, 2013 (UTC)

To quote myself: "not all deaths are omnipresent beings in fiction". The Applications gives the base-line you'd expect someone that takes care of death to have, that goes from local or minor reaper, like someone that deals with certain area or some variation of dying (drowning, suicide, plague) to spirits of death to deities to something that takes care of the universes. Variations has option for more powerful beings when it says "Spirit Physiology or Transcendent Physiology". --Kuopiofi (talk) 05:33, June 3, 2013 (UTC)

The descriptions of genie are so contradictory that they range human living span to ageless, so it's better to leave it open... or add "Decelerated Aging or Semi-Immortality" to all genie page Variations. --Kuopiofi (talk) 05:06, June 14, 2013 (UTC)

The powers that deal directly with RS are either covered already (Aquatic Respiration, Atmospheric Adaptation, Enhanced Lung Capacity), but if you can think more, do add them. Those were the ones I could think and were linked together.

Powers that go under Breath-based aren't so much about the lungs than generating something in them and exhaling it, which is why I added them to Associations. Fire Breath isn't about lungs, it's about generating the fire inside you and letting it out. --Kuopiofi (talk) 08:42, June 14, 2013 (UTC)

That's why they are there, user can grant those powers to others or use them on themselves.

Given that you didn't get the picture where you wanted it to be makes me think you aren't using Source when you Edit (go to Edit, button on top with Source), I made it my default form, because it allows you to control much better where you want to place anything and see how things really work. --Kuopiofi (talk) 11:30, June 14, 2013 (UTC)

By all means go on, it sounds far more reasonable than some ideas we've had/have here. Just expect arguments and complains.

"Remain in the peak physical and/or mental condition", that and EC is something of an Umbrella page, in other words collection page for similar powers. That it's on the page doesn't mean that every user has all of them. --Kuopiofi (talk) 14:03, June 14, 2013 (UTC)

Because you'd ask anyway: extended/eternal youth because youth is considered beautiful, regeneration because it keeps the user from getting permanent scars or other physical marring, etc.

The other part you removed (Abilities that the user can use:) is explained in Capabilities second part: it's about the ways user has to affect others. --Kuopiofi (talk) 05:53, June 15, 2013 (UTC)

Supernatural, what you're thinking would be Enhanced Beauty... which we don't seem to have. There's quite a leap between Enhanced and Supernatural Conditions after all. --Kuopiofi (talk) 06:19, June 15, 2013 (UTC)

I'm glad someone noticed, at least ^ ^ The previous pic was prettier, but this one better illustrates the power, with various complicated tasks performed flawlessly in the blink of an eye. DYBAD (talk) 09:08, June 15, 2013 (UTC

The current pic is much bigger than the previous one, and much more illustrative. The lack of colors is unfortunate, but when it comes to show what "hypercompetence" means, it's undoubtedly the best we have at the moment. DYBAD (talk) 10:43, June 15, 2013 (UTC)

Yo Whats up Doc. Cthulu look i really liked the photo of Pytah that you posted on Universe Creation Page good one man.The thing is that you seem to have a nice taste for pictures, iam planning to create a page called Voice of Creation for a while but i dont seem to find the perfect picture so i would be glad if you could help me find one.

No I aren't and I didn't undo it because the original was perfect description, I removed yours because giving dictionary definition for inducement isn't even description. --Kuopiofi (talk) 17:29, June 19, 2013 (UTC)

Whats up Doc. thaks for your link on deviants site man but i still cant find the right photo for my Voice of Creation but iam still searching,so how about you have found something?

Once again time thank you dude for your help

Hi whats up Doc. iam sorry for not replying earlier but i have been very busy i want to say thankyou for the pictures of Viracocha that you showed me last wiki they are totally awesome i like it very much my friend.I have been delaying my Voice of Creation because iam trying to find users but and i dont have enough time but i will do that on friday and iam gona use that viracochas picture of yours.

Please use Signature, trying to ques who's the latest poster isn't that interesting.

Because the picture was basically trippy neon-color Buddha: considering the subject of the page and the fact he's supposed to re-present it something more dignified would have been fitting. I simply took the first picture that fit the bill on this site and used it. If you can find a picture that fits the concept, go ahead and use it.

As for a caption: you realize that its size was about half the text in Capabilities and that caption's supposed about the picture? If you want to use it, add it as a Quote between Infobox and first line, it'd fit there pretty well. --Kuopiofi (talk) 16:08, June 30, 2013 (UTC)

Retrieved from "https://powerlisting.fandom.com/wiki/User_talk:Doctor_Cthulhu?oldid=357765"
Community content is available under CC-BY-SA unless otherwise noted.