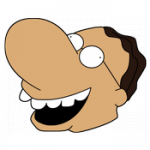 Hi, welcome to Superpower Wiki! Thanks for your edit to the Physical Godhood page!

Sorry about the latest, it was pretty late and I'm not my most coherent when I'm sleepy. Don't know why I was even more cranky than usual this time...

Your point about "energy is energy regardless of what type it is" and therefore not belonging to Variations but into Techniques shows that you don't really understand the differences between those two: Variations is about different facets of same power (Metal Manipulations Variations include gold, iron, lead, etc), Techniques is about powers you either have to specifically learn or have a knack for doing them.

Some help, if you would.

Thank you for the information. Can you please help me out with explaining the problem with the wording of Chosen One to the writer? You helped me a LOT, and sorry about before, but it would just help if I could get some backup, if you would give it.

If you don't want to, that's fine too. Would just really appreciate it.

By the way, I appreciate the help with Smallville. I completely forgot the prophecy aspect.

Do you think you can answer this question here?

Indeed, that would be the ultimate contest. It would even make the powerball jackpot look like a penny. There are, of course, many details to work out, rules, etc. but the concept is awesome. But my only challenge is deciding which power to choose. If someone won and they chose Omnipotence, they may come off short with second rate, in-universe omnipotence. If they chose another omnipotent ability such as Totality Manipulation, they would still be bound to their Verse or another drawback. But the great thing with Omni-Creator is that it is the only power that has transfictional Omnipotence with no compromises to the capabilities of the user. And I happen to be the greediest of individuals who doesn't want to settle for anything but the absolute best no matter what.

If I decided the prize of the tournament, I would have the grand prize be Omni-Creator, and a choice of any three additional abilities listed on this wiki, no catch. I would put Meta Probability Manipulation as the runner up prize, and something like Shapeshifting and Power Replication as the third place prize. I do not have many details thought out, but those are the basics.--Buutenks (talk) 04:13, December 13, 2013 (UTC)

Say, can you help me out on something?

You see, I am a writer, one who likes to write stories on different things. I am mostly a fanfic writer, but I will not say for which series. On one story I am working on, I am planning to include seven special stones of power, each with their own power over something in the universe/multiverse, and they are all very powerful. They are kind of like the Infinity Gems from Marvel Comics. So far, I only have six stones with their own powers. They are...

So far, I have only those. I am still trying to come up with a seventh stone with its own power, and I have yet to decide which power that should be. Any suggestions (don't say spirit or soul, please)? Storycutter999 (talk) 00:17, December 26, 2013 (UTC)

Just to make sure, how would the reality stone work?

Yo there! I want to ask you something in terms of making a new power: is it not a problem if I go and makemake a power that allows its user to manipulate events in other dimensions/different realities/alternate universes? I have heard that Event Manipulation itself does not seem to manipulate other realities' and dimensions's events aside from altering different realities from the same timestream. Flamerstreak (talk) 22:56, December 31, 2013 (UTC)

he is omnipotent and you can't admit it

Aside the fact that Applications list is longer than Omnipotence and Complete Arsenal? --Kuopiofi (talk) 08:48, January 3, 2014 (UTC)

To put it other way, I'd prefer if someone actually took a good look at this power and removed the unnecessary Applications. Simply adding more and more powers, even if they fit, doesn't make the power better if it looks like someone just took every Almighty power and lumped them on single page. --Kuopiofi (talk) 12:42, January 3, 2014 (UTC)

I don't get why you keep removing him? The Choushin are proven to be of at least the same level as Eru Illuvatar, The Lord Of Nightmares, and the Creator of WOT. Having created their entire 12-dimensional multiversal reality from scratch as an experiment to find a higher being than themselves.  And Kami Tenchi was stated to be several dimensions/orders of infinity above them.

If you want proof you need to watch the 3rd Tenchi Muyo OAV series. It isn't as handy as comic scans to link to, but there are downloads available. I would appreciate if you would do so. Thank you. Antvasima (talk) 19:30, February 11, 2014 (UTC)

I own the DVDs myself, but here is a link that I found: http://thepiratebay.se/torrent/7843442/Tenchi_Muyo__Ryo-ohki_3_OVA___Special

why do i keep removing him? because hes not omnipotent simple as that. that is not proof dude. kami has no feats and has not been stated to be omnipotent. you can say hes stronger than this or more powerful than that. that just means hes a stronger NIGH omnipotent being than the choushin.

But the Choushin have the same or better (creating 12-dimensional reality trumphs creating 5-dimensional reality) qualifications as Eru Illuvatar, the Creator, and The Lord Of Nightmares, and they are included. I don't get it. Could you please watch the Tenchi Muyo OAV3 if you want proof? Because that's the only way to illustrate that I know of. Antvasima (talk) 19:50, February 11, 2014 (UTC)

dude, ive watched tenchi before. hes not omnipotent. and just because you created something that has more dimensions doesnt mean youre stronger, the 5th dimensional imps only come from the 5th dimension they DID NOT create it. i dont know about the other guys. but the choushin questioned a power even greater than their own. that right there makes them not omnipotent.

Well, when he started to manifest he almost destroyed all of 12-dimensional reality, and Mister Mxyzptlk was stated to have created the DC multiverse in Grant Morrison's Action Comics. Have you watched episode 14-20 of the OAV series? If not, please do so. Antvasima (talk) 20:07, February 11, 2014 (UTC)

The Life and Soul Gem,

And the Chance Gem.

With the Chance Gem consisting of these powers:

I am just going to use them as an important part of the story I am working on. When all gems are together, they can be used to achieve total omnipotence, which is why the good guys in the story must get them before the bad guys can. Storycutter999 (talk) 22:42, February 11, 2014 (UTC)

Would you two keep your argument in Talk-pages until it's finally finished and then do the Edit? It's getting annoying to the point I'm starting to consider locking Ultipotence until you can agree about it. --Kuopiofi (talk) 07:46, February 16, 2014 (UTC)

You two mind using your Talk-pages to clear this thing up, your edit/delete cycle isn't interesting to anyone else here. And don't bother to contact me about how you are right, it's between you two to argue it out. --Kuopiofi (talk) 09:48, March 3, 2014 (UTC)

When people start to explain to him more he will stop lol Trollipotent nice one! Beyonder (talk) 08:09, August 16, 2014 (UTC)BeyonderGod

Hey, I have a question about Totality Manipulation. Can you answer?

This power says that encompasses everything. All voids, ginnungagap, absolute nothingness? Another question, is there a verse in which there is only the absolute Nothing in Omega Omnisphere?

Its already covered by several powers

Both omnikinesis and omni-perception are covered by several of the other powers on transcendent consciousness, so there is no need for them as applications. I left Subjective Reality since its fine as an application, but the other two are unnecessary.SageM (talk) 00:25, September 10, 2017 (UTC)SageM

Question, please answer. Not ignore me

Hi, Dr. Solar. Try not to ignore me, I know I can be annoying but anyway.

Tell me, in YOUR point of view, Totality encompasses EVERYTHING, E-V-E-R-Y-T-H-I-N-G, right? It's also our own real world where I'm typing this message (remember I'm talking about our real world and not fictitious versions, parallel versions, indistinguishable versions or everything)?

When you Edit, please use only the section you're chancing. For some reason certain members full-page Edits mess up the pages and you're one of them. --Kuopiofi (talk) 13:42, August 19, 2018 (UTC)

Retrieved from "https://powerlisting.fandom.com/wiki/User_talk:Dr_solar?oldid=1423462"
Community content is available under CC-BY-SA unless otherwise noted.