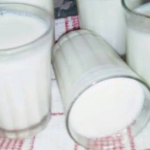 Hi, welcome to Superpower Wiki! Thanks for your edit to the File:Dabbingnub.jpeg page!

Hi your winning anti deletition support the admins has 30% chance that they can't deleted one your articles FANDOM (talk) 6:46, February 8, 2019 (UTC)

Rules of This Wiki: 1. Don't make a page that is already on this wiki or it will be deleted.

1a. Powers that cover essentially same thing come under this as well.

1a1. If it can be described as "like (power) but/except", just add new Limitation.

13. When you add new pictures, try to find ones that aren't thumbnail-sized: if possible at least 300px wide ones.

No, you just add them under existing powers. We have Known Items/Places/Powers for exactly that reason. --Kuopiofi (talk) 09:46, February 9, 2019 (UTC)

No, you just add them under existing powers. We have Known Items/Places/Powers for exactly that reason. --Kuopiofi (talk) 10:02, February 9, 2019 (UTC)

Almighty Seth is not an author avatar, he is the actual person playing the game.

Please don't do that, use/create Gallery. You create one by going to Add features and media on right side of the Edit, click Gallery and it's pretty clear from there. --Kuopiofi (talk) 09:08, February 13, 2019 (UTC)

Could you two argue about Growtopia on your Talk-pages before going to that Edit/undo cycle? Granted that it's several pages instead of single one, but it's really getting pointless. --Kuopiofi (talk) 21:33, February 14, 2019 (UTC)

Please stop adding players and things from Growtopia. They are not considered users and they do not fit the powers in any way.

So please stop already. They aren't even remotely anywhere in league of the powers you are adding them too.

Nothing in growtopia has the powers you are claiming they do.

I already explained this to you before, they aren't users and they aren't even close to what the powers you are posting them on are.

The wikia rules state that no fanmade/OC users are allowed. Nor are real life users.

I know, thats what I was talking about.

Out of curiosity, are you trying to get slapped by admins by making completely pointless powers? --Kuopiofi (talk) 05:48, February 16, 2019 (UTC)

Everywhere. Check if the Users are in alphabetical order by series when you add there, if they are, add it to right place.

In Limitations when the Limitation is power and then it it goes to top, otherwise in decreasing order of importance. --Kuopiofi (talk) 11:17, March 5, 2019 (UTC)

Nothing stops you from making more, I can delete them as fast.

Height isn't really that defined, and depends of the article length (if it would leave empty space between the text and scrollbox for example), but generally speaking if it gets higher than half the monitor you should consider reducing the size. --Kuopiofi (talk) 10:25, March 7, 2019 (UTC)

They aren't on the forbidden list in the Rules of This Wiki, so that's her opinion not a rule.

Retrieved from "https://powerlisting.fandom.com/wiki/User_talk:Drburger?oldid=1348819"
Community content is available under CC-BY-SA unless otherwise noted.