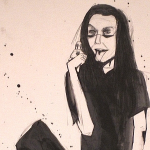 Hi, welcome to Superpower Wiki! Thanks for your edit to the Wisdom Embodiment page!

I try to leave a message on your talk page to ask you about something, but it says I'm not aloud to, so I have to use my own. My complaint is that the same problem happens on a huge chunk of the content on this wiki. Most of the pages won't let me add my own little contributions. Some won't even let me comment! What could I do and how much will I have to do before this red tape is taken off? Erebus Elysium (Replacement Account) (talk) 22:47, November 1, 2014 (UTC)

Just a practical note (it's even in Rules for this wiki, might want to check those), when you add main pic use one that's big enough that you don't need to expand it, since that makes it blurry. Something around 300px wide should do. --Kuopiofi (talk) 06:53, November 2, 2014 (UTC)

There's nothing in Illusion Manipulation that says it can't be done by Magic, in fact Alternative Classification of Magic specifically states it as one of them. Deleted. --Kuopiofi (talk) 07:05, November 2, 2014 (UTC)

Rules for this wiki:

13. When you add new pictures, try to find ones that aren't thumbnail-sized: if possible at least 300px wide ones. Especially as main picture the smaller ones get blurry.

So, Probability Manipullation can mae it so a light bottle in an area of very strong winds will not move at all one bit, even when the strong winds should blow it away so easily, right? Flamerstreak (talk) 16:14, January 31, 2015 (UTC)

And the very strong wind not blowing a very light can despite the wind's strength is a probability, is it? Flamerstreak (talk) 16:20, January 31, 2015 (UTC)

Please stop creating new categories, and especially ones that differ with only one word and then tell others to clean your messes. --Kuopiofi (talk) 12:58, March 6, 2015 (UTC)

Rules for this wiki: 13. When you add new pictures, try to find ones that aren't thumbnail-sized: if possible at least 300px wide ones. Especially as main picture the smaller ones get blurry. --Kuopiofi (talk) 13:02, March 6, 2015 (UTC)

Are you adding undefined|link=undefined into Galleries you Edit on purpose or do they just appear? If it's on purpose, please stop it. If it isn't, try to find out what causes it. --Kuopiofi (talk) 07:01, March 12, 2015 (UTC)

Doing this again... have you tried to contact Community Central?

Might be a good idea to report it to CC, might be nothing major or symptom for something else. Have you tried to see if it happens with other computers? --Kuopiofi (talk) 07:56, March 14, 2015 (UTC)

Second time: Rules for this wiki: 13. When you add new pictures, try to find ones that aren't thumbnail-sized: if possible at least 300px wide ones. Especially as main picture the smaller ones get blurry. --Kuopiofi (talk) 10:57, May 11, 2015 (UTC)

Hello there. About this...

Does this power limit how, when and where the powers or abilties powers may work or function (as in limiting something to using it at a certain time, how much range it can cover and how long something might be able to handle something as well as who and what it may work on? Just curious. Flamerstreak (talk) 23:12, May 20, 2015 (UTC)

7a. If you change the name, it's your job to change the links for that power. Use this to find the old links.

That thing in Galleries is still happening, have you contacted Community Central about it? --Kuopiofi (talk) 04:47, June 3, 2015 (UTC)

Once again, I hope you don't mind me making that Enhanced Skating page. If you were planning to do that one, then I deeply apologize. Really. Flamerstreak (talk) 02:14, July 4, 2015 (UTC)

Okay. Thanks for understanding. If there are any other extreme sports abilities similar to the Enhanced Boarding, Skating and Surfing, I assure you, they shall be all yours. Flamerstreak (talk) 02:23, July 4, 2015 (UTC)

17. Rare/Common power separation is defined as being need for Scrollbox.

17a. The minimum amount for Scrollbox is roughly 20 Users. 17b. Scrollboxes are meant to shorten the section (Known Users mainly), not to separate the different sub-sections.

The new format of this wiki is to have the image galleries in the main articles, if they have their own articles they are to be merged. DYBAD has been merging them for a few days now and had just done so with the Fission Entity Physiology page, go and ask him if you don't believe me.

Hello Erebus ! The process of merging galleries and main pages is based on the Collapse/Expand system, implemented via specific code lines typed in source mode when editing (allowing to open/close said galleries, which remove the encumbrance issue altogether).

It's a pretty delicate procecure in multiple steps (transfer the galleries, add the Collapse/Expand lines properly and multiple times for complex galleries, adjust the police for complex galleries, add the category, remove references to the gallery page and delete it once everything is done), with lots of potential misteps and complications along the way. So while I do appreciate your contribution and efforts, I'd rather take care of it all personally, to make sure everything turns out okay in a single move (lots of work involved, and double with complements/corrections).

And the point of removing Galleries category from Plant Manipulation (not to mention adding extra empty line) was what? --Kuopiofi (talk) 19:57, October 10, 2015 (UTC)

There appeared empty line on the page after you edited it, probably some glitch in program but annoying detail anyway if it's repeating one.

When there's the folded Gallery the page has Galleries category on it. Partly because we've not got around adding it to every page that has smaller one. --Kuopiofi (talk) 04:37, October 11, 2015 (UTC)

When you Edit, do it only in the section where you're making the changes. For some reasons some members whole-page Edit messes the collapsed Galleries and you're one of them. --Kuopiofi (talk) 04:58, November 19, 2015 (UTC)

When you Edit, do it only in the section where you're making the changes. For some reasons some members whole-page Edit messes the collapsed Galleries and you're one of them. --Kuopiofi (talk) 05:49, November 26, 2015 (UTC)

When you Edit, do it only in the section where you're making the changes. For some reasons some members whole-page Edit messes the collapsed Galleries and you're one of them. Third warning. Two more and you're getting timeout. --Kuopiofi (talk) 20:26, December 27, 2015 (UTC)

By "acting just like Gestalt Form with the "Expand/Collapse" feature in the gallery section" you mean what? That you have to Edit each section separately is known problem. --Kuopiofi (talk) 11:04, January 13, 2016 (UTC)

You got a problem... I just know cleaning this afterwards if/when they finally get around fixing will be fun.

Welp, that code doesn't help anything so might as well stop it. Please note to the Community Central.

Have you checked if this happens on other computers? There may be something on your Preferences/coding. --Kuopiofi (talk) 20:16, January 13, 2016 (UTC)

As far as I know, you're only one who has this problem even when you're Editing only sections instead of full-page. That's pretty big difference really. --Kuopiofi (talk) 05:16, January 14, 2016 (UTC)

Personally I'm against your recent change, it makes the gallery far too long and chaotic wheras before people could view the media type they wanted to easily. The format that was there is present on all number of pages too with little conflict or mistakes provided people understand source edititng. Then again I'm just a user, not a mod, we'll see what they think. Evil-Tree (talk) 09:53, February 29, 2016 (UTC)

When you Edit, do it only in the section where you're making the changes. For some reasons some members whole-page Edit messes the collapsed Galleries and you're one of them. --Kuopiofi (talk) 06:31, March 6, 2016 (UTC)

When you Edit, do it only in the section where you're making the changes. For some reasons some members whole-page Edit messes the collapsed Galleries and you're one of them.

That can happen, I've been annoying them repeatedly over same thing. Mentioning how long ago I started and how many times I've been assured it's under work gets them defensive. --Kuopiofi (talk) 16:16, March 25, 2016 (UTC)

I need to step up on my edits if you keep adding them, all I've done is add Pharaoh and a picture of him into Mummification. That show has some really unique powers. Evil-Tree (talk) 11:56, April 14, 2016 (UTC)

New pics go in the gallery.

When you Edit, do it only in the section where you're making the changes. For some reasons some members whole-page Edit messes the collapsed Galleries and you're one of them. --Kuopiofi (talk) 04:34, May 17, 2016 (UTC)

Get a hold to Community Central, now you're messing up the scrollboxes too.

CB's Capabilities was directly from BB, not single word changed. That's what I'm talking about and that's what I changed.

We have more than few cases of similar Categories from the early days, see Elements and Energy for examples. Not much you can do unless you know how to remove the less used one by coding or are willing to do it one by one. --Kuopiofi (talk) 07:06, September 20, 2016 (UTC)

When you Edit, do it only in the section where you're making the changes. For some reasons some members whole-page Edit messes the pages and you're one of them. --Kuopiofi (talk) 04:32, September 7, 2018 (UTC)

Retrieved from "https://powerlisting.fandom.com/wiki/User_talk:Erebus_Elysium_(Replacement_Account)?oldid=1181771"
Community content is available under CC-BY-SA unless otherwise noted.