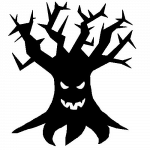 Hi, welcome to Superpower Wiki! Thanks for your edit to the Immortality page!

I am afraid your wrong.

Actually I am afraid thats wrong. Since a lot of titles have the word The as the first word in the title. Its Called THE Legend of Korra for a reason. not just legend of korra. So it goes under T.SageM (talk) 22:16, August 18, 2015 (UTC)SageM

Actually I hate to tell you your wrong again but this time you definitely are. under genetic perfection, the fifth element starts with the word The, in fact if you look for the dvd/bluray of the film at a store to buy, you will find its alphabetized under the letter T and not F.

Hello, Evil-Tree ! I talked with Kuopiofi and Gabriel, and we agreed to make it the new format for the Wiki. This will nicely reunite the descriptive and illustrative halves of powers under the same page, for a more comfortable and pleasing standard. Don't worry about it, I have the exhaustive list and will merge them all at a steady pace. This way I can make sure everything falls into place at the first try, which is important considering the sheer amount of operations involved.

Thanks you very much for the helping hand nonetheless, it is much appreciated :)

Given your regent problems with Gallery, I have to ask if you've tried Editing in Source (button on top in Edit)? It gives the whole page/coding in plain text. --Kuopiofi (talk) 16:13, October 11, 2015 (UTC)

Dune is spelled in caps.

I'm sorry, but the sections on the pages i,ve edited are out of order already so its kind of difficult to find out where to place the users, applications and images in alphabetical order, but i swear, im trying my best! ---Redner Kcaj (talk)

Thanks for the correction the users Dragon-Fox 7 (talk)

Let's go with the idea that book/item needs to be published in physical form and in somewhat wide circulations (or at least available) before they are allowed here. --Kuopiofi (talk) 20:36, January 1, 2016 (UTC)

Sound better is objective and as such your opinion.

Considering that it's always Anime/Manga, how exactly do you mix those up? Not to mention cartoons is the used term pretty much always, how do you mix that? --Kuopiofi (talk) 20:48, January 4, 2016 (UTC)

because one user pointed out that sharing a weapon wasn't a power. I agreed with that, it seemed more like an action ( I, admittedly, didn't even became aware of the page until this morning). Plus a argument was brewing, so I thought it was entirely best just to remove it entirely Gabriel456 (talk) 20:26, January 9, 2016 (UTC)

Hi there, i'm not trying to be rude or anything, but can you stick to just alphabetizing and typo correcting and leave the links alone? Nat-chan 11:22, January 30, 2016 (UTC)Imouto User talk:Imouto-tan😅

Hi Tree-kun, it might just be my phone because other mobile wiki users say that they don't have this problem. So don't worry about it ^ ^ Nat-chan 13:22, January 31, 2016 (UTC)Imouto-tan User talk:Imouto-tan

I'd like to thank you for making that page. Now I'll have to listen to Imuoto complain about her (?) denied powers and have to let her make them now that she has this as a card.

So thank you very much for that. It's not like it'll be stressful or anything, or make it more difficult to delete pages when stuff like this exists that I can't counter.

I see. the old "someone did it first, why not me?" logic. Not cliche at all.

I pitched the idea about a week ago when I was denied by Kuo (with the same users and all) after pitching the idea to him with the same argument you gave. :)

But honestly it's no skin off my back because at least now I can make the other powers I was denied to be made by Kuo and Gabe because now I know that I'm not the only user who thinks that these powers needed to be made.

Was there some reason to delete half of the Galleries and all categories of Ursine Physiology? --Kuopiofi (talk) 21:55, December 29, 2016 (UTC)

That's the standard pattern on this site since we started separating Users. Of course, if you're willing to go through every power to change that...

Apparently you've been avoiding the pages with the most Users/sections, so if you're chancing them I haven't seen it.

Practical question: if User is in both Comics and Cartoons, will you add them on both? DC and Marvel for example have quite a few on both categories. --Kuopiofi (talk) 08:40, May 14, 2017 (UTC)

Sounds like a plan, hope you can make some sense on those complicated cases as well as with literature/comics that is turned to films or other media.

All the users and other things are listed in alphabetic order by first name, its never by last name on any page of this wiki.

If that truly was the case, then all of the pages would have to be overhauled. As all of them would be considered wrong then.SageM (talk) 21:47, September 9, 2017 (UTC)SageM

I been a member of this wikia for years, and its always been by first name as long as I have been here.

Its always been by series name  first and then first name. thats how its kept in alphabetic order after all.

If we go by last name on every page then the wikia is going to have to be redone entirely, especially since it wouldn't technically be in alphabetic order since the first name is always what we go by when we write the user names.

All the user names are listed with characters first name and then last name, rather then last name first, so it would it in fact be the other way around on here.

In real life yes, its the family name thats important, but this is not real life and a lot of characters are referred to in fiction by their FIRST NAME, not last.

Do you want to reorganize all the pages so the last name goes first instead? Otherwise its already in alphabetic order here.SageM (talk) 05:14, September 10, 2017 (UTC)SageM

What I mean is list the users by the family name first instead of the characters first name. Only then it would be considered Alphabetic order according to your idea of how it should be.

Otherwise leave it be, because the characters are always listed by the first name instead. Which is the way its supposed to be on here anyway.SageM (talk) 05:25, September 10, 2017 (UTC)SageM

Except if you actually tried to list the users by family name first, your edits would likely be undone everytime.

All the known users are listed and sorted by first name for a reason. Because thats what we call people by after all.SageM (talk) 05:38, September 10, 2017 (UTC)SageM

Retrieved from "https://powerlisting.fandom.com/wiki/User_talk:Evil-Tree?oldid=1004767"
Community content is available under CC-BY-SA unless otherwise noted.