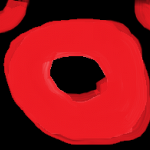 I changed it back because it was completely wrong.

I undid the edits because they were completely inaccurate. You changed the capabilites that were already accurate as they were, the powers are variations not sub-powers. Most of the users you removed fit the previous powers better.

And you changed the capabilites from user to Users. It is always singular! it is never users. its only user. thats a rule.

Basically everything you did or changed was not only unnecessary, but totally wrong.

You didn't even bother to read the other pages, did you?

You don't know anything, so stop acting like you do.

It says right on the supernatural senses page that supernatural hearing is a variation. So unless your apparently blind or can't read, you should stop changing things you know nothing about.

Also the conceptual/immaterial forces is a part of supernatural hearing, not clairaudience. As its the same with the other supernatural senses.

Before you go changing anything else on this wikia, I suggest you stop and actually read the other pages first. Otherwise I am going to have to ask the admins to lock the pages until you do.

Since I am getting tired of dealing with you since you don't seem to understand the powers that you remove users from. I am only going to ask you this nicely once. if an edit is undone again, it means to leave it alone as its already accurate according to the standards of the wikia and the rules set in place by the admins.

They might be wrong to you, but since the admins already decided for them to be that way. it doesn't really matter what you or I think.

Now think about it for a second. How can clairaudience be an application for extrasensory perception when its an entirely different version of it? The same goes for the supernatural senses. touch, smell, taste, hearing, etc are variations of the main supernatural senses page because thats literally how they function. Anything that is considered to be too different from an application is considered to be either a variation or technique.

I don't seriously know why you can't see that....

Besides, it would have been changed back by Kuo or the other admins when they got around to it.

It is always just User, Singular. Not plural. That is a rule that you cannot change.

It is User, Singular. Not plural.

That is a rule. it is always just user. It is never users.

I am not going to remove them, and neither are you. They are users. and they will always be.

You don't seem to get it. Powers can do things that don't make sense in reality. And this is a fictional wiki, so your standards and ideas don't apply to what can actually be done. And since you are changing the page based on your opinion on how it should be and not what it actually can do, you have just broken the wikia rules.

So just knock it off already. Your not going to win this argument and I am just going to have to keep changing it back until the page gets locked.

So yes its quite possible to do both with regular supernatural senses and ESP, as they are entirely different powers with nothing in common.SageM (talk) 19:27, June 15, 2017 (UTC)SageM

ESP is more of an instinctive power, rather then a true sensory power. So your not really sensing anything, its more like a instinctive level response thats not really connected to your actual senses and only seems to be a way of experiencing them.SageM (talk) 19:34, June 15, 2017 (UTC)SageM

And yet again you didn't even bother to read the page. It clearly says Instinct in the also called. Because thats what ESP is and has always been, Instinct.

Your basically ignoring everything I say and forming opinions based on incomplete or made up facts.

Extrasensory Perception has nothing to do with the bodily senses, but rather knowledge is gained in the form of thoughts in ones mind independent of senses. thus you cannot say they would be able to sense immaterial or conceptual beings if it only comes in the form of thoughts or mental images, now can it?SageM (talk) 19:54, June 15, 2017 (UTC)SageM

As long as it is singular.

BTW, 12. No repeated Editing/Undoing of the same thing. If this becomes problem take it to Comments/Talk and talk it out instead of repeatedly messing with the page. --Kuopiofi (talk) 20:46, June 15, 2017 (UTC)

You were completely wrong about one of the powers.

Clairsentience is not related to supernatural touch. And in fact there is no such thing as a touch based ESP power, as that would be nothing more then Telekinesis.

How is feeling the fabric of reality related to what is essentially Psychometry? They are so different that they literally have nothing in common with each other.

Supernatural Touch is a touch based sense. Clairsentience is about reading the history behind and object, place or person. How exactly does that have anything to do with feeling the fabric of reality? Answer, it doesn't

Your credibility about this is essentially gone as you have not bothered to research the powers before making your claims.

In fact if you actually look at the ESP page, it clearly says that clairsentience is focused entirely on the condition of things from the past, present or future. There is nothing remotely on there about it letting you touch the fabric of reality or conceptual or immaterial things.

Now were in there does it say anything about touching people? Its a emotion-based feeling power. Its called Clear Feeling for a reason, Not Clear Tactility.

Clairsentience is another name for clairempathy according to all the information available during a search.SageM (talk) 23:21, June 15, 2017 (UTC)SageM

I said it was easily replicatiable by supernatural touch, I didn't say they were the same thing. Though at the time I didn't see that it was already listed as an application.SageM (talk) 23:37, June 15, 2017 (UTC)SageM

You know, things like this are the reason why I don't understand why people want to be Admins... please quote this to S as well.

With SS I think you can go with sub-power, somewhat same way as with Enhanced Condition does. Conceptual forces and immaterial beings/entities get bit too far for this power, I think it could be best to move them to Absolute Senses. But maybe add respective Extrasensory Perception to Associations and note that some may be able to go that far.

BTW, it occurred to me that using "User has" could get the point in best.

With EP I think that the original form of current Others as Applications and Mains as Variations works best. --Kuopiofi (talk) 04:46, June 16, 2017 (UTC)

Purpose... I think that closest answer would be codifying and defining various powers, arch-types and items.

What is power is quite a bit more complicated and one of those gut-feeling things. I suppose that superpowers could be defined as ways to do things in non-standard way. If those powers are something worth making or something that should be done is different thing. --Kuopiofi (talk) 20:53, June 16, 2017 (UTC)

What Kuo said. Originally it was about "listing" powers found in media, though over time it became more creative and inventive, with a variety of interpretations and differenciations, as long as the powers make sufficient sense, has sufficient potential in pratice, and is sufficiently distinct from preexisting ones. DYBAD (talk) 23:48, June 16, 2017 (UTC)

Retrieved from "https://powerlisting.fandom.com/wiki/User_talk:FUG.L!F3?oldid=956006"
Community content is available under CC-BY-SA unless otherwise noted.