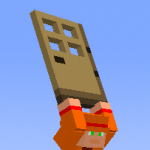 Is that right? It does matter. just because it can be made so, it doesn't mean we have to follow. Humans are bound to their own will. In the end omnipotence is just anthoer superpower just nothing.

Hi Gingoria ! So the Zombie Storyline is divided between the three existing games ? How long is this storyline compared to each game ? How good is the series as a whole ? I wouln't think twice about buying one cool-looking game, but three needs a bit of reflexion before hand ^ ^ DYBAD (talk) 20:51, July 8, 2013 (UTC)

So the story line itself is composed of apocalyptic logs dispersed on each map through the series' episode ? Learning about it on the battlefield in archeology-like way has its charm, it feels more real and personal, kinda like the many recordings in DOOM 3 , or the comsumption-induted flash-backs in prototypes. Could you tell me more about the story, and possiby in which circumstances important pieces were found ?

Answering this will get you additional questions.

If you were given in a situation, involving 500 passengers of two ships, 300 on 1 and 200 on the other, both sinking, and you had time to save only one, which would you save?

Your only options are to pick a boat to save. You don't have time to transfer passengers from one boat to another. Doing so will cause further death.

By the way you may want include your signature, just so I know exactly who you are.

Retrieved from "https://powerlisting.fandom.com/wiki/User_talk:Gingoria?oldid=1423254"
Community content is available under CC-BY-SA unless otherwise noted.