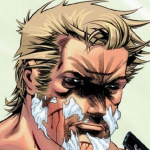 Aye nigga, whatsup with chu? Whats goin on? that site i gave you popping?

Idea for a power

"Hey DY, I got this idea for a power but I want you to have it. I seen what your other pages and I am taken back. Lol how about it?"

Hello, Haven, I got a tip for you. Whenever you link a page that's on this site, just put two sets of brackets around it. For example, if you want to link the Persuasion page, put ]] behind Persuasion, and [[ in front of it. You would get Persuasion. This way is easier and lets people hover over the link to see what it goes to. ^ ^ ♥♥♥ (talk) 04:30, November 4, 2012 (UTC)

Yo Haven! Nothin' much. Just looking for somematerial to edit. You?

That would be psychology. Its not bad...but its one of my least favorite subjects.

Hi Haven ! I'm not lost, but for some technical reason it has become very hard to edit/post these days. The "loading" process never ends, so I've become kind of a ghost ^ ^ I found recently a trick to edit pages, and yesterday my home computer proved able to both edit and post without any problem, so I'm almost back in the game ^ ^ DYBAD (talk) 01:24, December 17, 2012 (UTC)

Vandalism of Talk Page on Other Wikis

That is it. I am going to the head Wiki Community staff. This kind of thing is a violation of he highest Wiki Community rules. They can have you blocked from every Wiki imaginable.You even added the "I still love you part" to my message. Consus, the Erudite God (talk) 05:03, December 21, 2012 (UTC)

I can check the history on the talk page to prove you were altering my messages. I will never walk and yellow brick road with you. You forged a fake death threat in an attempt to penalize me. You crossed the line, Haven.Consus, the Erudite God (talk) 05:26, December 21, 2012 (UTC)

The difference between me and Kingsman is that he had tolerance for your antics. I do not. I like to cut things off before they progress any further. Call me whatever you want it doesn't matter now. I am just waiting for the admins of the Central Community Wiki to respond to my message.Consus, the Erudite God (talk) 05:34, December 21, 2012 (UTC)

I saw your message to Juneran. So first I am a bundle of sticks, then a homosexual, now I am trash. Keep insulting me, it only makes it look worse on your side.Consus, the Erudite God (talk) 05:49, December 21, 2012 (UTC)

Kid? How old are you anyway? Plus I could say plenty of things that are mistaken about what you said to me but it doesn't matter anymore.Consus, the Erudite God (talk) 05:52, December 21, 2012 (UTC)

Enough. You altered life.. You have absolutely no restraint on your sense of spite. No wonder you relate with Juneran so much and Kingsman said he likes you more than me :(. This must end like my life will. By the way, messaging is not Vandalism, it is when you alter and place slander is when is vandalism. Consus, the Erudite God (talk) 06:19, December 21, 2012 (UTC)

What's going on, Haven ? I know Consus is annoying sometimes, but right now you're going way too far, just like you did with Raijin (I had a hard time believing the Haven I know actually said all that). Please calm down before it's too late. You've already been banned once, so next time it will probably be permanent - and I don't want that :( DYBAD (talk) 09:10, December 21, 2012 (UTC)

Really Dybad? He's going too far? I don't do those things you prick and Imma get banned for something less! hell I don't even think what I do is wrong. I insult people. I don't do those other stuff man. You telling the admins on me is just wrong. Don't worry. I forgive you. Just be more straightforward if you think something is wrong with me or with douchebad. (Who admires you yah freak) Zack Zen (talk) 09:14, December 21, 2012 (UTC)Zack Zen

Insults are bad. Period. You insult, so you're bad. Is that straight enough ? I was totally wrong about Douchebad, and apologized accordingly. It was extremely unfair, and I am sorry. The respect lost will probably never return, but apologies must be made nevertheless. As for you, insults are bad, remember ? DYBAD (talk) 11:29, December 21, 2012 (UTC)

Out of curiosity, has that argument between you two some point or simply or just for it's own sake? Regardless of the reason, could you two drop it? It's Xmas time after all.--Kuopiofi (talk) 10:19, December 21, 2012 (UTC)

I beg you to never to do that again and apologize for breaking the rules, swearing, and vandalizing what is mine because I love you and I don't like it when you're mean. :( Consus, the Erudite God (talk) 18:20, December 21, 2012 (UTC)

Thank you for the sage advice and the compliments Haven, i will heed to your statement for a better and productive environment on this site (J. Veteran (talk) 18:18, December 22, 2012 (UTC))

Yeah, I am not into arguing either really. The issue is already past tense and I too apologize for being so ruthless in my tactics, it is just how I do things. Consus, the Erudite God (talk) 15:15, January 1, 2013 (UTC)

Hi Haven ! Sorry, I didn't manage to fully read your comment on the Ultipotence page before it's deletion. The idea was interesting at the time, like Ultimanipulation, but they both outlived their usefulness with the appearence of similar and more interesting powers. Hope you don't mind the (relative) loss too much. DYBAD (talk) 00:29, January 7, 2013 (UTC)

Dude if you have time enter the chat i will tell about the triple b or simple BBB.

Hi Haven :) Being able to replicate absolutely any power means that you're already somewhat absolute yourself, since you're able to synthetise anything. Which would then make it an advanced version of Power Replication and a sub-power of Absolute Existence (unlimited self-change, but only regarding powers, and only via replication).

Truth be told, I don't really understand the logic behind Power Replication. I mean, reproducing is one thing, but where do they pull the supernatural ressources required to reproduce a power ? That's basically outright Creation limited to existing powers, right ? The loophole is that PC generally exists in a fantastic but still logic-friendly setting, where you can manipulate almost anything, but almost never actually create from nothing.

That would be fine. Try explaining how the power can alter the laws of the physical world around the user based on their strength of will. The stronger their will, the more they can change themselves. I know some characters from Gurren Lagann can do this via Spiral Energy (Maybe Simon). If they aren't credible, just list it as fanon. A name like "Will Force" would be okay. If you could think of a better name that would be fine too.Consus, the Erudite God (talk) 12:49, March 30, 2013 (UTC)

Retrieved from "https://powerlisting.fandom.com/wiki/User_talk:HavenLuvsTheRage?oldid=543142"
Community content is available under CC-BY-SA unless otherwise noted.