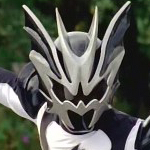 Hi, welcome to Superpower Wiki! Thanks for your edit to the Darkness Manipulation page.

Hey there, just wanted to say Hi, and thanks for commenting on my blog post. So I see you're a writer/artist, you probably enjoy your job. Well anyways nice meeting you and if I apologize if I bothered you or something. Bye. Raffe Ace Uchiha 13:32, July 29, 2011 (UTC)

Sure you can!! I was kinda heistant on doing a blog post of the Norse gods actually (dunno much about them). Will be looking forward to it!Raffe Ace Uchiha 09:26, July 30, 2011 (UTC)

Hey again, I'd like to ask you question it's quite a simple one..

If you were given one power, what would it be and why???

Oh and I love your videos, I'm actually at Youtube too and I'm going by the name EndlessMaster.

Hey again, I'd like to ask you question it's quite a simple one..

If you were given one power, what would it be and why???

Oh and I love your videos, I'm actually at Youtube too and I'm going by the name EndlessMaster.

Just so you know - Touhou is a series of games. We Touhou fans don't like people assuming it's not, especialyl since you're asusming it's a form of media that I don't even touch (and I'm a Touhou fan, for the record.) So, in future, all Touhou images unless explicitly stated are to go under the games section. DWFFTouhoufan 20:27, October 22, 2011 (UTC)

Hey dude, I know you might be busy, but do you think you can make a page called God Hand? It would be counter ability of Demonic Arm. Who ever wields it has the power of God or a deity sealed within their arm. It can accompanied by Angelic Mimicry. They would be able to achieve Omnipotence or Nigh Omnipotence depending on what kind of diety it is. I'll tell more info if you get this. If you could do so, I would appreciate it.

Hey dude. I was wonder if you knew how to add a pic to an infobox. If so, could you tell me?

Assistant may be needed

I know what you mean but I can delete pages now but again if I start doing that the people will start complaining. Sometimes you just can't win.-Thekingsman 15:50, March 28, 2012 (UTC)

Respond to your page

I did not ment to be harsh. But honestly, the pages you have created such as Force Deity Physiology and Matoran Deity Physiology(deleted) DO NOT HAVE ANY KNOWN UERS. You are just listing deities and listing the power they have, you might as well do that on BIONICLE wikia or STAR WARS wikia.

In respond of, Ihu : no 1; Go check the Transcendent Physiology comments - people liked the Cthulhu mythos one. They didn't have a problem with it. There's no difference. Seriously, no difference. no 2; I don't know if you've noticed, but someone made the Cthulhu Mythos Deity Physiology page (which, BTW is a great page), and yet it remains. Someone actually asked for pages for fictional deities, which is what I was doing

For Cthulhu Mythos Deity Physiology, yes its based a fictional universe but however it is a shared universe, it does have known users from different universe to show that Cthulhu Mythology's deities can be mimicked. Also, Cthulhu Mythos Deity Physiology, is based on a fundumental philosophy principle of Cosmicism, which is further developed by H. P. Lovecraft a great philosophy theorist circa.1890. Which is known as the Lovecraftian horror. So therefore, it has theological + philosophical elements. Unlike the BONICLE/STAR WARS/ETC.... Also I would like to add that the page is wondefully written thanks to the editors.

Alas, your argument is invalid for Cthulhu Mythology. So YES there is a DIFFERENCE!

In respond to, Ihu : I've made some pretty worthwhile contributions to the wiki. Scroll boxes? Me. Gallery pages? Me. I was the 6th top user for a while. I'm still the 11th. Don't even think about trying to tell me the purpose of this wiki. I understand your point, but think carefully before you insulting the "random user" who made a page you don't agree with. They're not always "random users".

Respond: I would like to say that I really admire your contributions, but don't get me wrong, Your presenting a form of ego in ranking. I could care less of a thing or two about the ranking of editors. I don't care whos first or last. Rankism is a form of discrimination. I don't care you were 6th. IT doesn't affect you or me in anyway. As for the random user , I would like to say that: - I did not know who created the page of Force Deity Physiology, etc, so it would be better to say that it was a RANDOM USER, because I did not know who it was, until your respond. Random - means something unknown, which in this case was implied to you, cognizent of the pointless page you created.

In respond to, Ihu : I really don't get why you bit into these two reasomably well put together, usable pages, when there are still pages like "Bliss and Horror Inducement" and "Touch of Life and Death", which should each be split in two, "new powers ideas suggestions", "Toxi-Serquegenism" (which is covered by all the myriad acid and poison pages already) and the countless other ridiculous pages that have been created.

Respond: Yes, I agree pages such as Bliss & Horror Inducement,etc.... are ridiculous and absurd. But comparing to the pages you created which was Force & Bonicle Deity Physiology which ISN'T even a power, No users from all the fictional or non-fictional universe CAN MIMIC ITs PHYSIOLOGY, so hence calling it Deity Physiology is absurd. I hope you understand and get my point in this. It also has diplayed bias against other fictional universe.

I would also like to apologize for my the misconceptions between us. I truely admire your works and contribution to this wikia, your like a role model to many. And again, sorry for causing troubles, which I did not intend to. Thank you.

Sorry about that. I locked the main page because experience tales me that keep it from being from being messed up. What page you want to change.-Thekingsman 16:57, June 19, 2012 (UTC)

Hello may I ask you something. If the User of this Power only has power in their hand or arm. Will it also affect their body?

Retrieved from "https://powerlisting.fandom.com/wiki/User_talk:Ihu?oldid=438987"
Community content is available under CC-BY-SA unless otherwise noted.