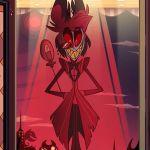 Hi, welcome to Superpower Wiki! Thanks for your edit to the Absolute Immortality page!

The lazarus pits do not make him immortal, in fact they really only heal injuries and sickness and sometimes revive the dead. the youth restoration effect only happens rarely. immortality implies that he can't die. and the lazarus pits can actually kill him if he enters them while healthy. So he doesn't fit immortality at all.SageM (talk) 02:51, June 9, 2015 (UTC)SageM

A piece of advice...

Hi, a piece of advice for you, when you edit a page on the wiki always use the edit button next to what you want to edit instead of using the whole page edit. only use the whole page edit when adding something that isn't already there.SageM (talk) 20:29, June 9, 2015 (UTC)SageM

Kurumi doesn't always come back, since she isn't doing the fighting. all those times are only clones. the real kurumi has only fought twice(once against kotori and once against miku), and she was nearly killed off by Kotori. Read the LNs or visit the Date A Live wiki if you don't believe me.SageM (talk) 03:39, June 10, 2015 (UTC)SageM

The lich predates all of existence in Adventure time. as such he counts as a primordial void, he isn't just an aspect of death my friend. trust me, he is an indeed an anti god. Anything that predates existence is considered to be an anti god. thats just what the power means. So he fits.SageM (talk) 01:57, June 11, 2015 (UTC)SageM

At the very end of the Alicization arc (the final arc of the series) he sacrifices his existence in either world in order to save everyone onboard the Ocean Turtle by hijacking one of the robots in order to stop the meltdown of the ocean turtles heavy water/nuclear reactor. And the only way he could do so is to transfer his entire consciousness into the robot and the robot ends up destroyed while trying to prevent the reactor from going critical. And its confirmed that he is gone by both Kirito and Yui. Thus he is not immortal.SageM (talk) 02:20, November 4, 2015 (UTC)SageM

Its not part of marvel continuity....

Its not considered part of the marvel universe continuity, and it never will be part of it. thus all the events that happened in Marvel: The End, never happened and never will happen.

"Marvel's Executive Editor Tom Brevoort has stated on his Tumblr blog that "Marvel: The End" (and all other "The End" series) is not in any way a part of the official Marvel continuity."

Simply put, the Heart of the universe does not exist in any way, shape or form. its nothing more then a mistake they made. You cannot add it, and if you do it will be removed.SageM (talk) 03:21, November 24, 2015 (UTC)SageM

12. No repeated Editing/Undoing of the same thing. If this becomes problem take it to Comments/Talk and talk it out instead of repeatedly messing with the page. --Kuopiofi (talk) 05:50, November 28, 2015 (UTC)

Retrieved from "https://powerlisting.fandom.com/wiki/User_talk:Jester_of_chaos?oldid=691179"
Community content is available under CC-BY-SA unless otherwise noted.