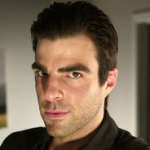 Expanded the Instilled Knowledge to include all forms of data infusion as more than few Users were already using technology to do it, meaning that Knowledge Downloading is covered by IK. Merged KD to IK.

I remembered that we already had something similar, but while we do have several powers that get close to it there isn't one that does just transformation. We do have Conversion Immunity so that part isn't needed.

As wikia doesn't allow just undoing deleted pages (don't ask, none of the Community Central has given word why), I have to load the page myself. See Transmutation Immunity. --Kuopiofi (talk) 17:20, June 14, 2017 (UTC)

It's basically Limitation about being able to use the power only certain time. That's on many pages already.

Is it in practical terms different from Weight Negation that is constantly active? --Kuopiofi (talk) 14:37, October 12, 2017 (UTC)

Please use Source when you create powers, you add massive amounts of useless coding.

According to the Danganropa wikia, he has the same (or better luck) as Makoto and Nagito. Which makes him a user of Meta Luck.

Even the Ultimate Lucky Student page on the wikia confirms that izuru is a user.

Here is even more proof of this-

"Izuru is shown to have an excessive amount of good luck, to the point where it's able to rival Nagito Komaeda's own. Because of this, he is one of the very few people who are safe from the extreme backlashes of Nagito's luck. This is best shown when Izuru encounters Nagito himself, the latter aiming to shoot Junko. When Nagito tries to shoot Izuru, the gun jams due to Izuru’s luck beating out Nagito's own. However, when Izuru shoots Nagito, the bullet hit the latter's Student Handbook instead of killing him."

Retrieved from "https://powerlisting.fandom.com/wiki/User_talk:Koromau?oldid=1433285"
Community content is available under CC-BY-SA unless otherwise noted.