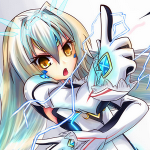 Hi, welcome to Superpower Wiki! Thanks for your edit to the Absolute Attack page!

Hi, can you tell me plz, where from you get information about Irori's Time Manipulation? Any forum/light novel chapter or something else?

She has Ultimate Freeze. And I get information from at least light novel volume 4, but I'm not quitely sure from that.

I read on light novel volume 4. It is said she can make ice that make any people who watch it would feeling freezed from that.

From your description I'd go with limited Destiny Perception (he must see the person) and since he can change them, limited Destiny Manipulation. --Kuopiofi (talk) 07:48, April 25, 2014 (UTC)

Death Sense when looking at some one. And I agree with the top explaination

I read most of it. Don't they already have abilities ?

Would be nice but it sounds like a mix of visions aready made.

Retrieved from "https://powerlisting.fandom.com/wiki/User_talk:Magaruradyne?oldid=619414"
Community content is available under CC-BY-SA unless otherwise noted.