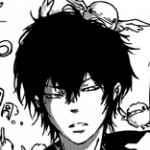 I was wondering if there's a super power to do all the things  fast and perfect! Something beyond efficacy

Thanks for your help

Don't you think is unfair  not to consider Minus (minus webcomic) as Omnipotent? Should she be considered as Omnipotent ?

What would you really like to do if you have Minus' powers?

They are immortal stated by all

If you played or even seen anything in prototype they do

1. Alex survived a nuke and was easily resurrected 2. Heller has mercers own virus strains

1. Alex has unlimited Speed and endurance 2. They consume others to replenish there biomassAlexJMercer (talk) 08:32, November 22, 2013 (UTC)AlexJMercer

then shouldnt john white and some other characters be off the list since they all died and had immortality? am i right or right?

Hello. I wish to ask, can the Event Manipulation power be used to change events in other dimensions, realities and universes different from our own? Storycutter999 (talk) 05:30, December 8, 2013 (UTC)

I want to ask something; how can Probability Manipulation be used to deflect objects in flight in a plotergeist like fashion (like it says on the page)? How does the object even deflect like that? Storycutter999 (talk) 02:25, December 30, 2013 (UTC)

BTW, what are some other examples of making things like a poltergeist like event happening? Storycutter999 (talk) 04:12, December 30, 2013 (UTC)

Once again, what are some other examples of making things like a poltergeist like deflection of an object happening? Storycutter999 (talk) 04:47, December 30, 2013 (UTC)

A little question I have: Is Probability Manipulation sittuation based to the point that some things may be able to happen in some situations while in other situations, there is no chance of the same thing happening at all? Storycutter999 (talk) 22:18, January 25, 2014 (UTC)

Say, on the Event Manipulation page, it says,

"The user will also have full control over the progression of events in a targeted reality, effectively giving them control over what will or what will not happen (i.e. catastrophic events such as wars, massacres, and genocide through all points of history, births of certain individuals, etc.)."

Could the user do the same thing with droughts, floods, tsumanis, earthquakes, volcano eruptions, avalanches, cyclones and tornadoes and make them happen in any point of history? Storycutter999 (talk) 17:39, January 30, 2014 (UTC)

Just to make sure, Class System can make the user have access to the abilities and skills of any job there is, right? Even sports related jobs? Flamerstreak (talk) 01:31, May 23, 2014 (UTC)

Ajimu doesn't count, she may become god but she is still beaten by lihiko despite all of her powers. Kogarashi literally can do anything, his powers and skills have no limits. it confirms this in the series both in the manga and anime. besides ajimu lost to lihiko not once or twice, but one hundred million times. God she is not, regardless of her power. Kogarashi has never been defeated, either in combat or anywhere else.

Kogarashi has proven his skills. aside from that it would be interesting to see the two of them meet...

also since kogarashi is basically like a male ajimu, he may even have a become God skill as well.SageM (talk) 01:30, November 2, 2014 (UTC)SageM

Actually all that whistle did was make him angry. it didn't stop or slow him down in the slightest.SageM (talk) 01:54, November 2, 2014 (UTC)SageM

Also Ajimu had large portion of her powers sealed, so someone else besides lihiko has beaten her as well.SageM (talk) 02:02, November 2, 2014 (UTC)SageM

Retrieved from "https://powerlisting.fandom.com/wiki/User_talk:MrTibTibs?oldid=1423463"
Community content is available under CC-BY-SA unless otherwise noted.