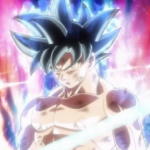 uh, but tell me before, would yu? i mean there was no need to delete it, right? tell me and i would have given more info

When you add to Gallery, make sure they are in Users too.

When you add to Gallery, make sure they are in Users too. Second warning.

sorry kuo, i just saw your warning i did someothers in vines so del them as wellMysterymist the omnipotent interplanetary idiot (talk) 13:16, May 18, 2017 (UTC)

When you add to Users, series should be in italics.

13. When you add new pictures, try to find ones that aren't thumbnail-sized: if possible at least 300px wide ones. Especially as main picture the smaller ones get blurry.

Hello.
Could you please present an evidence of Zen-Oh possessing infinite reality warping power? As far as I am aware, he was only shown to be able to destroy universes and create a magical button. That is far from being considered nigh-omnipotent.

hello, sorry not to hear your messages, yes, he was shown to, but he is vastly superior to super shenron who can grant wishes without limits so...

also, even if the omni king isnt ultipotent, he is undeniably indeterminacy,.

No, the thing is, we have no idea how great Zeno's power is.

Overriding the immortality gained from Super Shenron may just be an immensive destructive power. That's what he has. He can destroy universes, multiverses, anything, anyone.

Zeno has never been shown to do anything like this. He destroyed universes and created a magical button. So, regardless of what you say, you'll have to wait for further evidence. Until then, Zeno's power is Nonexistence and limited Object Creation. No more no less.

I'm not saying he CAN'T have omnipotent powers. I'm just saying there's not enough evidence to prove he has. I hope you understand. Thank you.--Solipsius (Dreamer) (talk) 09:35, September 29, 2017 (UTC)

in that case, he is indeterminacy due to statements.

i mean, he has stated to be absolute power by supereme kai but.......yeah, there is no evidence to say so. after all super shenron has limitless wish granting/impossibility inducing/ reality warping power, right?

Yeah, I talked to him, and he's a pretty butthurt guy, to be honest.

He argued with me A LOT about Toriko. I was always right. He would keep arguing. I showed him scans, evidence. I proved truth, he didn't edit anymore, but didn't respond at all. Wonderful example of butthurt right there.

Anyways, here's what you're getting wrong: Ultipotence is NOT raw destructive power. It's raw power in sense that you can warp reality to any degree, create anything, manipulate anything, destroy anything, it's basically top-tier Nigh-Omnipotence. Zeno, on the other hand, has PURE DESTRUCTIVE power. That's not Ultipotence.--Solipsius (Dreamer) (talk) 09:57, September 29, 2017 (UTC)

Not that way either.

Zeno's power COULD be Ultipotence, if he shows mantiferic powers. I'm saying we don't have enough evidence.

What vote are you talking about? Where is being voted?

Look, I agreed with Solipsius‎ to leave the Ultipotence page alone for now, as Super can still go either way with Zeno. Yes, I believe he's likely Ultipotent. But Solipsius‎ does have a point that there is enough evidence lacking. Meaning that Super has enough room to claim at some point Zeno merely has Nonexistence. That's why, to avoid an edit war, I agreed with him that it would be best to leave it open for now.

Your wish has come true

You should check it out

Retrieved from "https://powerlisting.fandom.com/wiki/User_talk:Mysterymist_the_omnipotent_interplanetary_idiot?oldid=1207344"
Community content is available under CC-BY-SA unless otherwise noted.