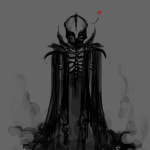 And in fact, several of your sources say that Ares and Athena are representations??? one mentions Ares is the "unpleasant aspects of war/battle", other that "Ares is the Olympian god of war. However, unlike Athena, represents merely its destructive capacity and is typically the personification of sheer violence and brutality" on literally the very first page, are you even actually looking at your own sources? they countradict what you're saying, literally.

Retrieved from "https://powerlisting.fandom.com/wiki/User_talk:MythNerd132?oldid=1221447"
Community content is available under CC-BY-SA unless otherwise noted.